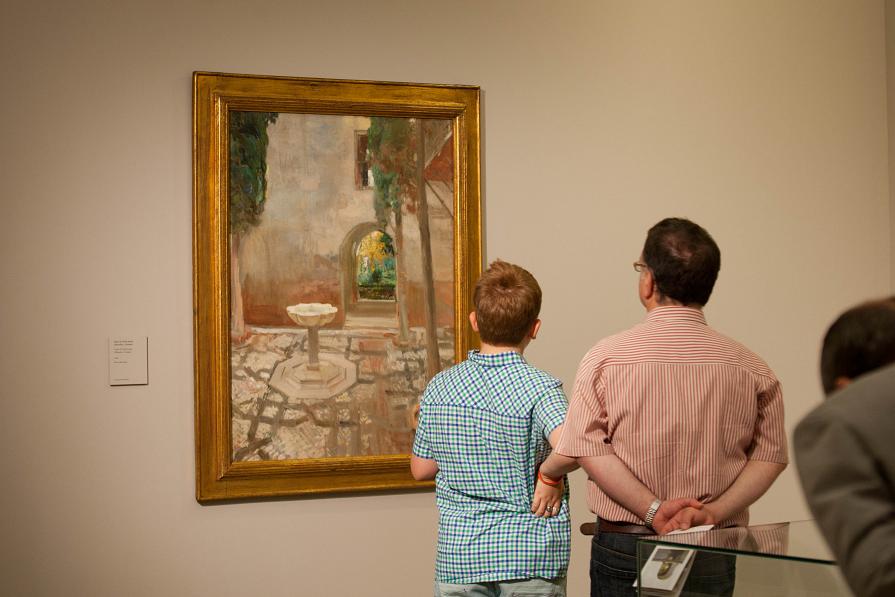 Exhibition held in Museum of Fine Arts, Palace of Carlos V, already visited by over 1450 locals

Gardens of Light, an exhibition on the works of Sorolla (Valencia, 1863 – Cercedilla, Madrid, 1923) was inaugurated on Friday last in Granada’s Museum of Fine Arts, on the upper floor of the Palace of Carlos V, and attracted huge numbers of visitors in its first weekend. Specifically, a total of 5831 persons visited the Alhambra to take in the free exhibition, featuring some 50 of Sorolla’s works, inspired by Arab courtyards and the artist’s fascination with the region.

According to figures from the Patronato de la Alhambra y Generalife Sustainability Laboratory, over 1450 Granadans visited the exhibition in its first weekend. Sunday 1 July was the busiest day, with 2218 visitors, followed by Saturday (2132). The exhibition also received 1481 visitors on Friday, even though doors only opened at noon.

The exhibition, one of the cultural events of the year in Andalusia, runs until 14 October and features Sorolla’s paintings, some on view to the public for the first time, from institutions and private collections, exhibits from the Sorolla Museum and a large collection of documents, such as letters, photographs and the Alhambra visitors’ book containing Sorolla’s signature.

The exhibition, commissioned by a committee of experts made up of Tomás Llorens, Blanca Pons-Sorolla, María López Fernández and Boye Llorens, retraces the encounter between Joaquín Sorolla and Andalusia and its millenarian culture, and portrays the artist’s discovery of the Arab courtyards and gardens of the Alcazar of Seville and of the Alhambra, standing out against the white background of the Sierra Nevada.

Gardens of Light, a travelling exhibition, is organised by Patronato de la Alhambra y Generalife, the Sorolla Museum and Ferrara Arte. After a stint at the Palazzo del Diamante in Ferrara, Italy, where it received much acclaim from critics and public alike, Gardens of Light now visits the Alhambra; next stop is Madrid’s Sorolla Museum in Madrid, where it will run from 29 October onwards.

The catalogue of the exhibition, in three languages (Spanish, French and English) and now available via www.alhambratienda.es, is published by Ediciones El Viso and contains articles by experts in Sorolla and high-quality copies of all the paintings featured in the exhibition.
Free admission