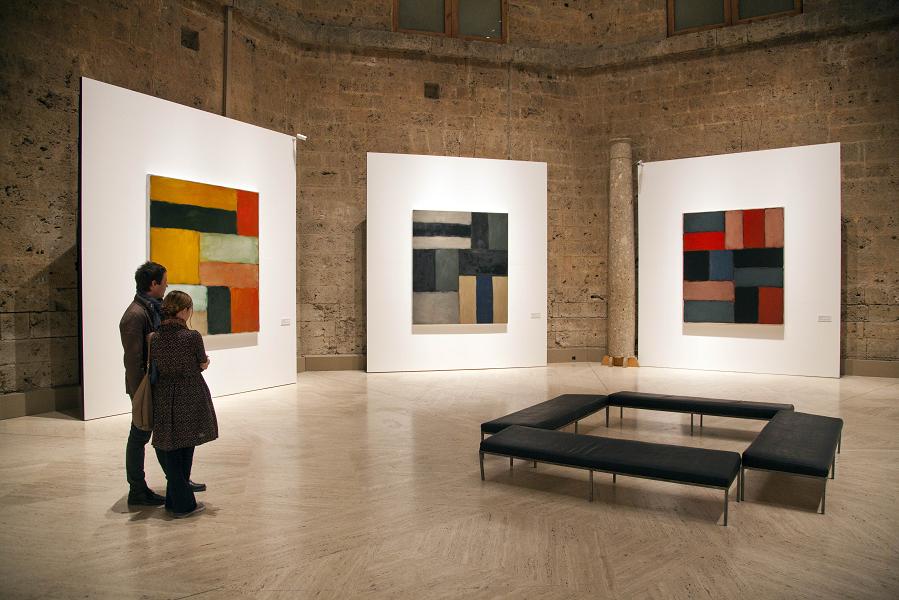 According to figures obtained by the Patronato de la Alhambra y Generalife (PAG) Sustainability Laboratory, up to 10 June over 30,000 persons visited the exhibition Southern Light, by artist Sean Scully, considered a leading exponent of contemporary abstract art, in the chapel of the Palace of Carlos V. Access to the exhibition, inaugurated on 30 March last, was suspended to coincide with the Granada International Festival of Music and Dance; the exhibition will reopen from 17 July to 23 September this year.

Commissioned by Kosme de Barañano, director of the chair of Methodology of History of Art and Sculpture of the Faculty of Fine Arts of Altea (Alicante), the exhibition reveals Scully’s poetic and emotive view of the Alhambra, materialised after a series of visits to the Monument, where his close links with Nasrid aesthetics are manifested by means of his characteristic geometric grids.

Of the 30,343 visitors to the exhibition, 41.67% came from the European Union (except Spain), followed by Spaniards (39.29%) and visitors from the rest of the world, a significant 19.03%. Some 3300 persons living in Granada town or province visited the exhibition, making up 10.88% of total visitor numbers.

The exhibition is composed of almost 100 pieces, including 7 large oils on canvas and on aluminium from the Wall of light series, painted from 2005 to 2011, 40 watercolours, and 48 photographs divided into three thematic suites: Suite Alhambra, taken in September 2011, in which the southern light that the artist first discovered during his youthful trips to Morocco returns to his imagery via Nasrid decorative details; Aran 2005 (Ireland) and Santo Domingo For Nene 1999 (Dominican Republic).