Postcards from the Alhambra to the world 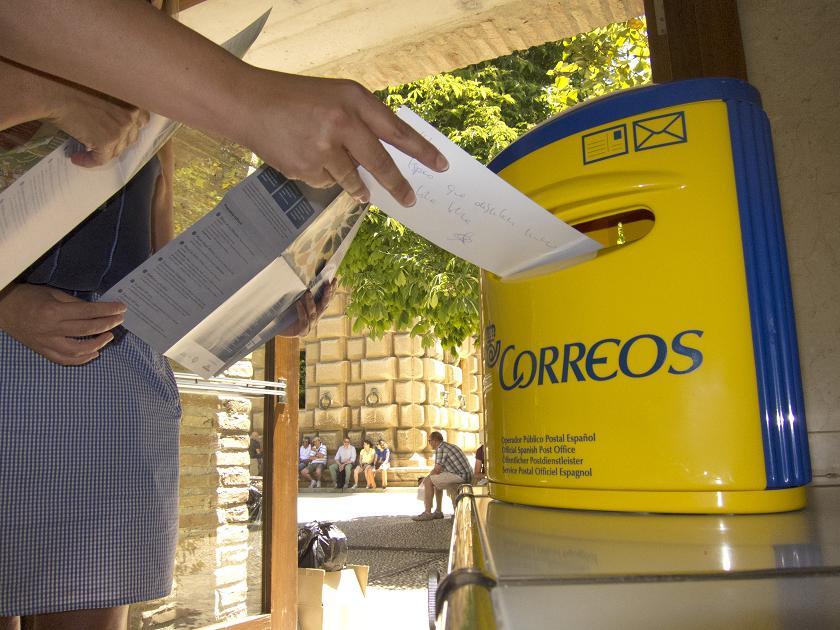 This morning, the Spanish postal service installed a provisional mailbox at the left-luggage office next to the Wine Gate. This resumes the mail service which until recently was offered from the post office on Calle Real, next to the Palace of Carlos V, temporarily suspended due to renovation works.

With this interim measure, Patronato de la Alhambra y Generalife continues to serve the many thousands of visitors who like to send postcards to their families and friends around the world.

The works being carried out by the Conservation Service on the post office building, or Casa de la Estafeta, are slated for completion in early 2013, after which the mail service will be resumed, offered since 1960, when it was awarded the mail service by order of Directorate General for Post and Telecommunications. This is where it gets its name, Casa de la Estafeta, although it has also had other uses, including as a Red Cross post in 1987 and as a Patronato de la Alhambra y Generalife gift and bookshop from 1989 until 2010. The building will also house the visitor information service, currently being offered from Callejón del Guindo.

The Casa de la Estafeta was used as a gardeners’ residence up until 1928, when it attained its current aspect, with the upper floor being replaced by the lookout tower it boasts today.

Also of historical interest are the post office’s two mailboxes. Cast in green bronze, in the form of two lions’ heads, they were moved to their current location from the old post office on Gran Via on the suggestion of Granadan academic Antonio Gallego Morell, and will be maintained on the façade after the renovation works are completed.