Poetry reaches the Alhambra in the autumn 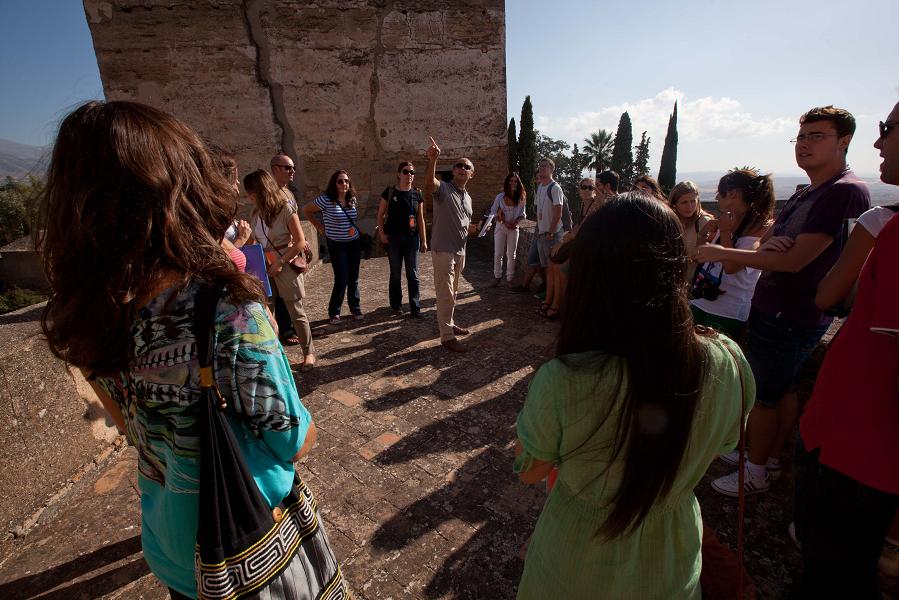 Friday 19th October sees the commencement of a new series, arranged by the Patronato de la Alhambra y Generalife, of the programme of Guided visits by experts, this time a route of Poetry in the Alhambra.  This activity will take place on Fridays, starting at 4 p.m., and Saturdays and Sundays at 10 a.m. up until November. On Friday 19th October Naima Anahnah , the Arabist, will make a careful study of Arab poetry in the Alhambra. On Saturday, 20th October, at 10 a.m., the talk will be given by the poet José Carlos Rosales who will recall his Poetic memory of the Alhambra. On Sunday 21st October, at 10 a.m., the journalist and writer Antonio Ramos Espejo will take visitors on a guided tour of Lorca’s Alhambra.

Those who are interested in taking part in this programme can receive information in the offices of the Patronato de la Alhambra y Generalife in the Corral del Carbón, Mariana Pineda Street, nº 12, in Granada, and they can make prior reservations by telephone, 902 888 001, or across the network of cash points of “La Caixa”, collaborating financial institution of the current company service Serviticket, on Internet (www.alhambra-tickets.es). The price of each visit is 9 Euros, and the minimum age for registering is 12.

Tickets purchased by Internet or by telephone can be collected from the “La Caixa” cash points using the credit card with which the entrance ticket was purchased.

They can also be collected from the ticket machines in the Entrance Pavilion of the Monument, or in the Alhambra Shop in the centre of Granada, in Reyes Católicos Street, nº 40, using the credit card under the same conditions as mentioned previously.

Tickets can also be collected from the ticket offices of the Monument, showing the printed receipt of the reservation, the credit card with which it was made, or if the reservation was made in your name, by giving the pager number and showing your identity card  or Passport.