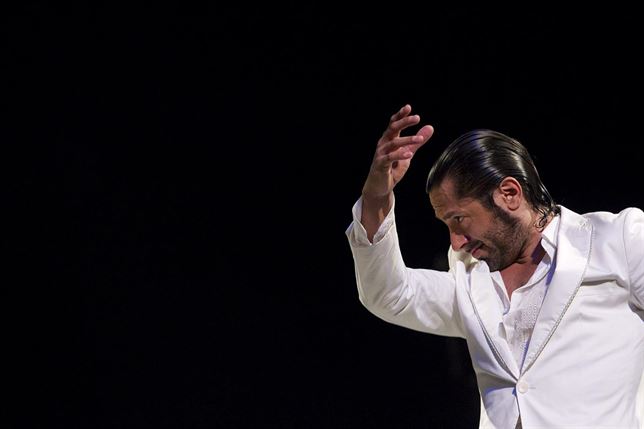 The programme Lorca y Granada en los Jardines del Generalife was born with the objective of creating a great cultural performance for the summer nights of Granada in 2002
The leading figure of Federico García Lorca and the knowledge of his work all over the world are joined with the evocative power of flamenco to make the perfect formula for this artistic proposal which comes from our writers and oldest cultural origins and are an excellent expression of the Andalusian cultural potential, 13 years after the creation of the season.
The monumental complex of the Alhambra and Generalife has made possible for the audience of Lorca y Granada en los Jardines del Generalife to become in the subject of one of a kind cultural and artistic experience.
In 2015 edition we will count on the awarded A POET IN NEW YORK, creation of the dancer Rafael Amargo from Granada, which has travelled around the world and mixes the most traditional facets of flamenco dancing with contemporary trends, as much in the choreography as in the music, in which jazz and Latin rhythms live together.
Poeta en Nueva York contains poems from its homonymous book of García Lorca recited by the actors Joan Crosas, Marisa Paredes and Cayetana Guillén Cuervo. It will be performed in 31 shows outdoors at Jardines del Generalife, from 20th July to 29th August, Tuesdays to Saturdays, and presents for the first time the combined ticket that includes the visit to the Palace and Gardens of Generalife and the entrance for the performance.
Antonio Gades, Mario Maya, José Antonio, Pepa Gamboa, Blanca Li, Cristina Hoyos, José Carlos Plaza, Eva Yerbabuena, Rubén Olmo, “La Moneta”, Manuel Liñán and Rafaela Carrasco have signed the creations of previous editions of “Lorca y Granada”.