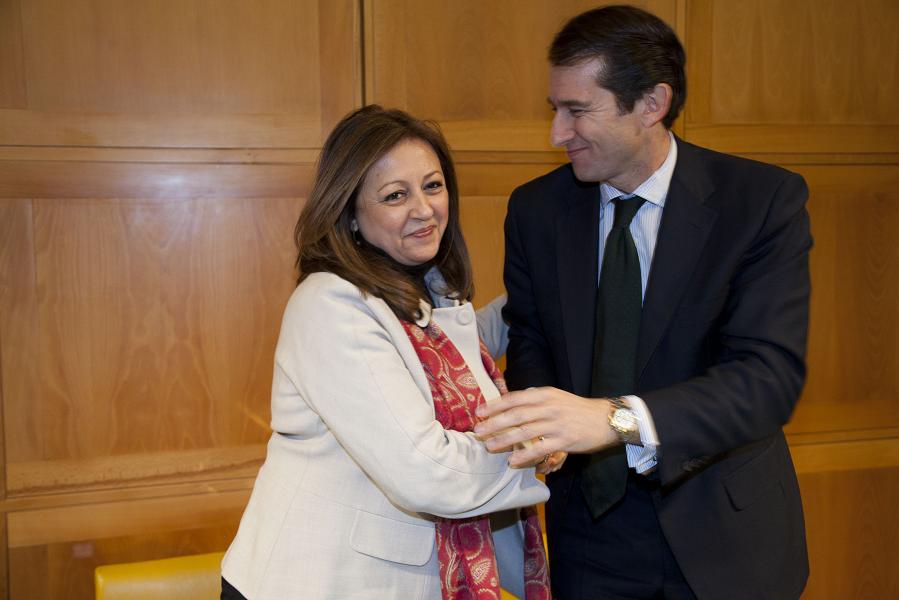 Patronato de la Alhambra y Generalife general director María del Mar Villafranca and Miguel Ángel Palanco Olmedo, “la Caixa” general delegate for Granada, Jaén and Almería, today signed a deal with the aim of improving access to the Alhambra and Generalife site. The two institutions also signed a new agreement to commission a study on the economic impact of the site on the town of Granada.

The report, drawn up by architecture studio Rovira-Belatta in 2009, for an investment of €89,900 by Obra Social “la Caixa”, found that access to more than 70% of the site could be improved, also revealing that persons with disabilities require the help of third persons to access 20% of the site and that a further 10% may not be accessible to them at all because of difficult terrain.

Aim of the agreement

Obra Social “la Caixa” has as one of its principal aims to improve living conditions for people, particularly people with special mobility needs, allowing them greater access to cultural resources. In line with this aim, “la Caixa” has contributed a further €100,000 to the project, to be given over to improving accessibility at the Alhambra and Generalife site, in a project which will include installing a lift in the Palace of Carlos V and eliminating architectural barriers. This is not the first time Obra Social “la Caixa” and PAG have worked together – over the years the two institutions have cooperated on a range of projects, including a viability study, advertising campaigns in 2008 and 2009 and the Matisse and the Alhambra exhibition held in late 2010.

The two partners have also agreed to set up a Joint Monitoring Committee, to coordinate and monitor compliance with the project. The Committee will be made up of members from the two institutions and will meet at regular intervals to evaluate progress on the project.

The accessibility project will count on full teams of technicians and architects, and will at all times follow the guidelines of the PAG Conservation Department. The works will adapt to the structural requirements of the affected buildings and comply with all applicable legislation in regard to accessibility of persons of reduced mobility.

The Alhambra and Generalife was declared a UNESCO World Heritage Site on 2 November 1984. At present the monument welcomes over 2 million visitors yearly, including some 150 people with reduced mobility or with serious physical, intellectual and sight and hearing disabilities each day.

This makes it essential to make a series of changes at the site, perched on the top of a hill on uneven terrain and with irregular surfaces, while striving to preserve the environment and identity of the monument. The ultimate aim of the works is to create an environment in which all visitors can make the most of their experience. Additionally, although the major beneficiaries will be the disabled, improved accessibility makes for a better experience for everybody – families with small children, school trips, the elderly, persons who have difficulty walking, and many others.

Obra Social “la Caixa” and PAG are pleased to work together on projects such as this one, which ultimately aims to create a more welcoming Alhambra. An Alhambra for all.