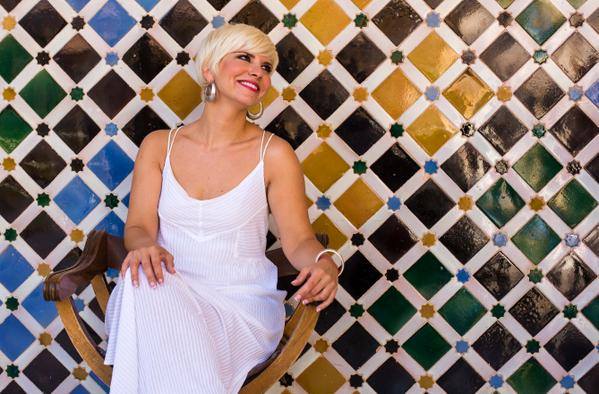 On the 4th September in the Theatre at the Generalife, the Malaga artist Pasión Vega will pay tribute to the late Carlos Cano (Granada 1946-Granada 2000) on the fifteenth anniversary of his death. For Pasión Vega this will be a dream come true: “To sing in the Alhambra is like a dream come true. I want to remember Carlos Cano with great affection, with happiness and with positive energy. He takes me back to my childhood, the years with my family, coming back from the beach, listening to his songs together in the car, his coplas, his warm, serene voice”.
The show is coming now to the Generalife (tickets are already on sale) after being acclaimed by both critics and audiences at other stages such as the Teatro Real in Madrid, where she performed in December: “We want to remember Carlos in a big way, with a very broad vision of his work. The idea is to make the show a big party, to think that the songs are still alive and will remain with us”.
Her repertoire includes songs that were an important part of Carlos Cano’s career and others that are less well-known: “Some songs I have chosen on impulse, others because they are closely linked with Carlos, with his life. To play these songs has been pure pleasure for me”, explained a smiling Pasión Vega. The show includes numbers such as Luna de Abril, María la Portuguesa, Habaneras de Cádiz and Alacena de las Monjas, and for the first time she will be playing a new song composed by Antonio Martínez Ares, entitled Soy del Sur, “a story about the Spain in which Carlos grew up and embarked on his career, the Spain and the Andalusia of today, with all its light and shade”.
In the Generalife Theatre Pasión Vega will be accompanied by the Málaga Symphony Orchestra.
For more information, please see www.alhambra-patronato.es