Over 142,000 people have visited the exhibition ‘Sorolla. Gardens of Light’ in the Alhambra 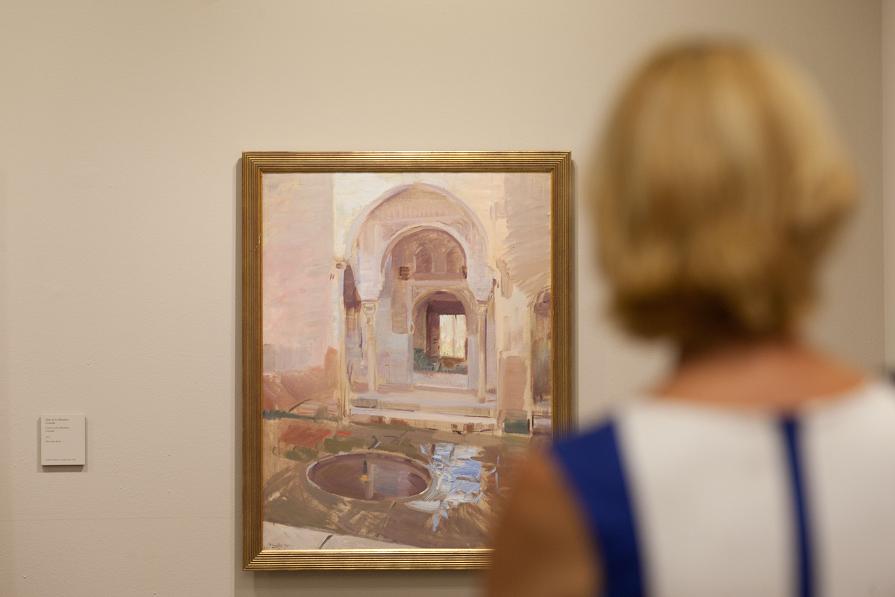 More than 142,000 visitors have seen the exhibition Sorolla, Gardens of Light in the Alhambra, between its opening on 29th June and the closing on 14th October. It was held in the Fine Arts Museum on the upper floor of the Palace of Charles V, and was organized by the Patronato de la Alhambra y Generalife, the Sorolla Museum and Ferrara Arte. It also attracted the attention of almost 30,000 people from Granada, who visited the Monumental Complex, as they were captivated by the fascination of the Valencian painter, Joaquín Sorolla (1863-1923), for the Andalusian courtyards and gardens, following his visit to Andalusia.

According to the data provided by the Laboratory of Sustainability of the Patronato de la Alhambra y Generalife, 95.18% of the visitors to the exhibition have been individual tourists; 57.21% have been from Spain, followed by 28% from the European Union, and 14.80% from other parts of the world.

It has been considered one of the most important cultural events of the year. Tomás Llorens, Blanca Pons-Sorolla, Boye Llorens y María López were the curators, and the exhibition will reach the Sorolla Museum in Madrid on 29th October, after being in the Palazzo dei Diamanti, centre of the Gallerie d´Arte Moderna e Contemporanea di Ferrara (Italy) and the Fine Arts Museum in the Palace of Charles V in Granada.

This exhibition is a reconstruction of Joaquin Sorolla’s different periods in Andalusia where he enjoyed its ancient culture. It includes the landscapes of Sierra Nevada and we can appreciate the fascination he felt for the courtyards and gardens of the Alhambra in Granada and the Alcázar of Seville of Islamic inspiration.  These paintings are lacking in human figures, but the vegetation creating architectural forms, the marble, ceramics and fountains, the light and colours bring them alive.