Over 100,000 people visited Owen Jones and the Alhambra 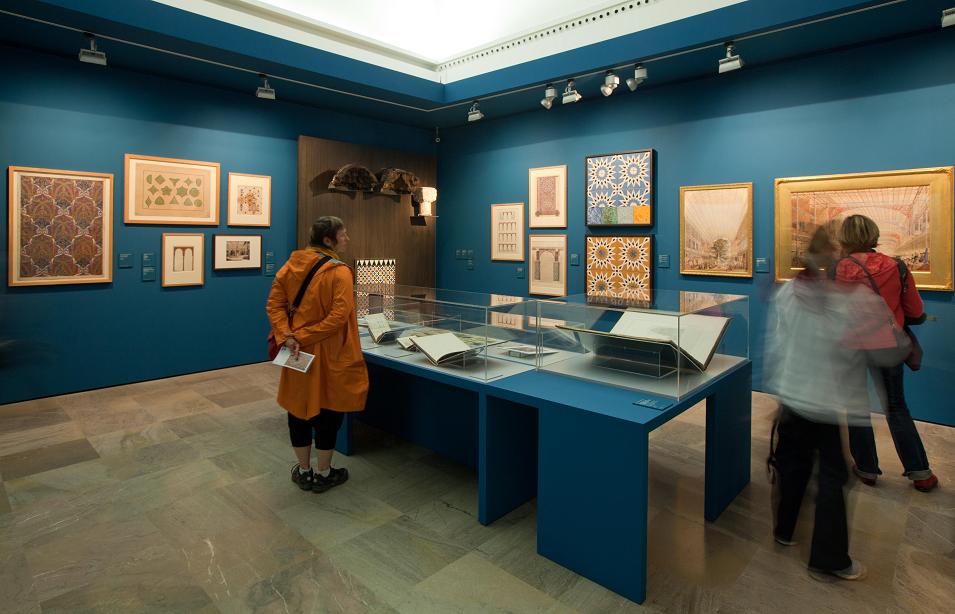 Over 100,000 people visited the exhibition Owen Jones and the Alhambra: Islamic design, discovery and vision, in the Granada Museum of Fine Arts temporary exhibition room in the Palace of Carlos V, from 21 October 2011 until 28 February 2012. The exhibition was organised by Patronato de la Alhambra y Generalife and the Victoria and Albert Museum and honours English architect and traveller Owen Jones (1809-1874), a key figure in 19th century design reform.

According to information from the Patronato de la Alhambra y Generalife Sustainability Laboratory, 103.069 people visited the exhibition, 96.40% of them were individual tourists, 52.15% from Spain, followed by 29.68% from the European Union and 18.18% from the rest of the world. Most had third-level studies and were “very happy” with the exhibition. December was the busiest month (28,828 visitors) followed by January and November.

Owen Jones and the Alhambra: Islamic design, discovery and vision was commissioned by University of Granada History of Architecture Professor, Juan Calatrava, in association with V&A curators Mariam Rosser-Owen and Abraham Thomas, based on a V&A exhibition design, and aims to “contribute not only to the study of Jones himself, but also to the understanding of the important role played by the Alhambra in the work of many contemporary artists and architects”.

The exhibition features over 140 objects, including original drawings from the V&A plaster casts taken by Jones of Alhambra decorative plasterwork; two large watercolours, dating to 1851 and executed as preliminary designs for London’s Great Exhibition, and on show for the first time in Spain; and a model of the Hall of the Two Sisters, made by the Contreras family of architects.

The exhibition was closed at the end of February with talks on Owen Jones, the Alhambra and Orientalism by renowned experts who discussed the life and works of the versatile English artist.