Notes for the future School of the Alhambra 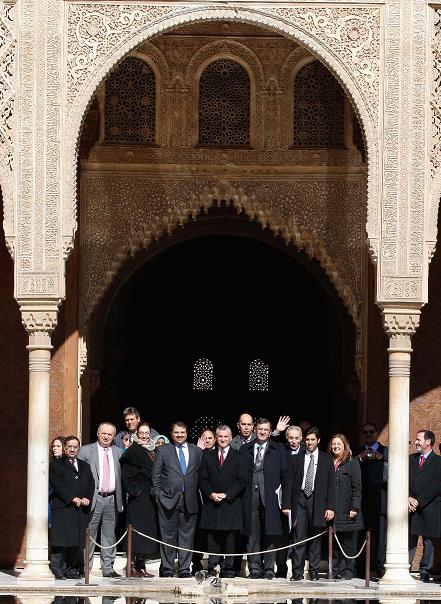 The project is being promoted by the Ministry for Culture through PAG and IAPH, and has also garnered support from a range of institutions involved in cultural preservation. According to the minister, “In its Islamic legacy, Andalusian culture has an expressive element that we want to share with the world”, explaining that “the Alhambra and IAPH are international authorities and are now pooling their experience for the sake of this project”. Plata also pointed out that his government expects that the research generated by the School of the Alhambra will be applicable to cultural assets worldwide. “We want to transfer our experience, to bring researchers and experts from around the world and to set up alliances with similar centres”, he added.

The future School of the Alhambra will have its headquarters at the Alhambra site. It aims to become a leading institution in monument conservation and development of preventive methods, principles of heritage restoration, sustainable visitor management at cultural sites, museology, the production of exhibitions, gardening and cultural landscaping and other specialised fields. The School will promote training and innovative heritage research methods, as a progressive strategy for monument conservation. As an academic centre it will also develop the direct application of the results of research into visit management and into educational activities and the promotion of cultural heritage.

Another aim of the School is to implement the technical and professional resources available to the sponsors of the project, capitalising them with a view to international cooperation activities, especially directed to Arab countries for educational purposes and the exchange of professionals and good practice experiences. To that end, the centre will base on the own resources of PAG as a starting point, contributing with the experiences of the Alhambra Museum, Library and Archives of the Alhambra, along with other important instruments for research purposes, such as its photo archive, media library, specialised databases and professionals.

Plata expressed his confidence that the School of the Alhambra will become “an acclaimed institution”, offering academic fellowships and promoting the use of remote learning platforms, to complement its academic offer.