New challenges for the “Alhambra Atrium” 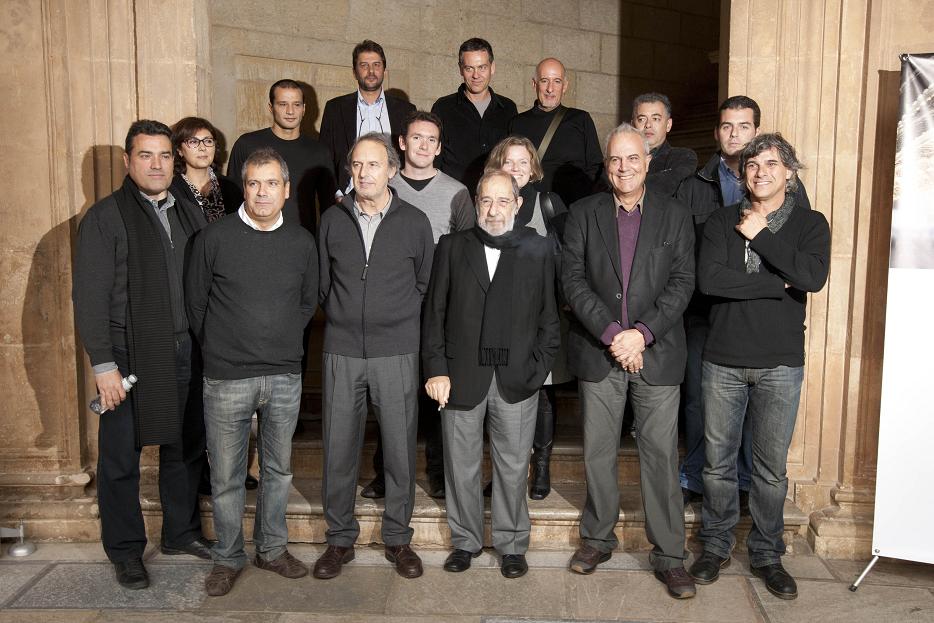 A group of five teams of architects from Spain and Portugal have accepted the assignment of submitting proposals for the reorganisation of the access to the Alhambra. The group comprises the five teams selected among 41 entrants (from ten different countries) in the international call for ideas to reorganise the entrance/exit area of the Alhambra. The group has visited the monument to have an interview with the representatives of the Patronato as the first contact before starting with the preliminary designs to be submitted.
One of the selected architects is the Portuguese Álvaro Siza. In his opinion, the topographical condition of the area and the visitor flow to the Alhambra, which receives an average of two million visitors per year, make this project “very difficult“. For Siza, the possibility of designing a building for the surroundings of the Alhambra is “a dream” and “a great responsibility”. He shares his team with the architect Juan Domingo, who considers that the most important difficulty the project is facing will be inserting it “in the context of a historical heritage site with a difficult topographic condition”.
Another one of the selected teams is the firm of architects Cruz y Ortiz from Seville. Although they have not defined yet their proposal, just as the other teams, they know for certain that it will be “modern building”, whose design will take into consideration, more than its style, the “sensibility, subtlety and sensuality” of the Alhambra, as Antonio Cruz explained to the press at the end of the meeting.
For Antonio Jiménez Torrecillas from Granada, the relation between Granada and the surrounding landscape will be essential in the design of the project he will submit to the call together with Joan Louis Carrillo, who states that Granada’s palaces have always been a reference point in his work.
The other two preselected teams are, on the one hand, the team of Antonio Tejedor and Manuel Aires, who want to make an architectural proposal which is “contemporary and compatible“ with the surroundings of Alhambra, and, on the other hand, the team of Guillermo Vázquez Consuegra from Seville, who sees the chance of creating the entrance door of the Monument as a challenge.
These five teams, selected due to their CV and works, are to submit in mid-February 2011 their preliminary designs and expose their basic ideas in five panels, i.e. with photos, plans and scale models, as explained by the Architecture Curator of the Patronato de la Alhambra y Generalife, Francisco Lamolda, who has taken part in the selection process as an observer of the jury.
The space of the new reorganisation of the entrance/exit area of the Alhambra should not exceed about 5,000 m2, within an area with a total surface of 12,000 m2, where the architects can design their proposals. According to the Architecture Curator, the existing building of the ticket office takes up about 250 m2.
The aim of the call for ideas, called Atrio de la Alhambra (‘Alhambra Atrium’), is to improve the service, adapting it to the new demands of the visitors. Therefore, not only a new ticket office is planned, but also a tourist information centre, a visitor reception centre, a multi-purpose room, café and other facilities.
The existing Entrance Pavilion to be reorganised, dating from 1996, was also the result of an international call for ideas.