More than 46,000 people have visited the exhibition entitled ‘Visions of the Alhambra – Álvaro Siza’ 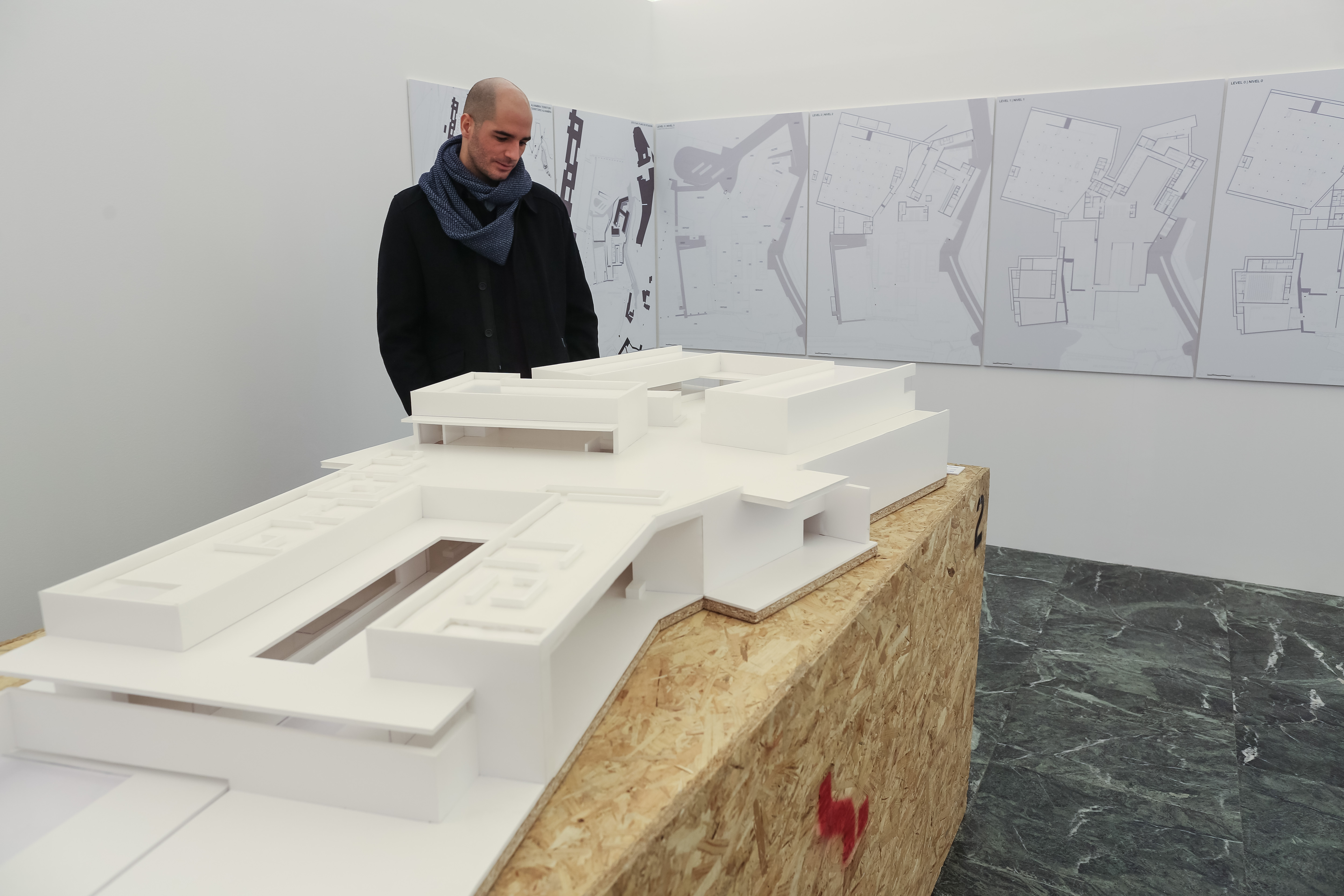 One of the most visited exhibitions ever staged in the Alhambra, it will now move on to the National Museum of Art, Architecture and Design in Oslo.
The exhibition ‘Visions of the Alhambra – Álvaro Siza’ installed in the Crypt and the Presentation Room of the Palace of Charles V was visited by 46,287 people from its inauguration on 9th February until it was officially closed on 19th April, according to data provided by the Sustainability Laboratory of the Council of the Alhambra and Generalife.
The report by the Sustainability Laboratory stated that 4,299 visitors were from the city and province of Granada (9.29% of the total); 17,007 (36%) were from other provinces in Spain; 15,880 were from other EU countries (34.31%), and 9,101 (19.66%) were from the rest of the world.
‘Visions of the Alhambra – Álvaro Siza’ has been one of the Alhambra’s most popular exhibitions and the number of visitors was also increased with the guided visits that were organized, after which many of those taking part, above all people from Granada, expressed their satisfaction “for the reasons that have led to the need for the Puerta Nueva project and the quality of its architecture”.
Many visitors also expressed their surprise about the project because they had imagined it was a shopping centre and have changed their minds since the visit, after discovering that the Puerta Nueva is “an entrance gate with the cultural and tourism services required by the Alhambra of today and of the future”.
The exhibition has also aroused the interest of numerous experts, architects with a high international reputation and students from various Architecture Schools in Oporto, Oslo and the United States who traveled to the Alhambra to find out more about the project for the Puerta Nueva, the Alhambra’s future Welcome and Reception Centre.
The exhibition, organized by the Aedes International Forum on Architecture and Urban Design in Berlin in collaboration with the Council of the Alhambra and Generalife, came to Granada after first being viewed in the German capital and in the Vitra museum in Basle. Its next venue is at the National Museum of Art, Architecture and Design where it will open on 5th May. Next year it will be traveling to Canada to the Aga Khan Museum in Toronto.
The Puerta Nueva project designed by the Portuguese architect Álvaro Siza together with his fellow architect from Granada Juan Domingo Santos (Granada,1961) won the International Ideas Competition held by the Alhambra in 2010 for a New Entrance Pavilion and Visitor Welcome and Information Centre, which will have a final budget of 45 million euros. The building work is scheduled to take approximately 5 years and it is hoped that the first stone will be laid in 2016.
The exhibition ‘Visions of the Alhambra – Álvaro Siza’ has almost 50 pieces including numerous sketches for the Atrium of the Alhambra project by Alvaro Siza, who won the prestigious Pritzker prize, considered the Nobel Prize for Architecture, in 1992. The exhibition also contains scale models, executive drawings and 3D representations that allow the public to find out more about the Puerta Nueva project, a creation which Siza himself says in the exhibition catalogue “I devoted myself to, body and soul. Each project is a challenge, but this one is mythical”. The exhibition also has 5 audiovisual exhibits, including a trailer for the short film entitled ‘Dificilísimo. Puerta Nueva de la Alhambra’, by the film-maker Juan S. Bollaín.
For more information, please visit www.alhambra-patronato.es