More than 17,000 visitors in the exhibition “Washington Irving and the Alhambra” 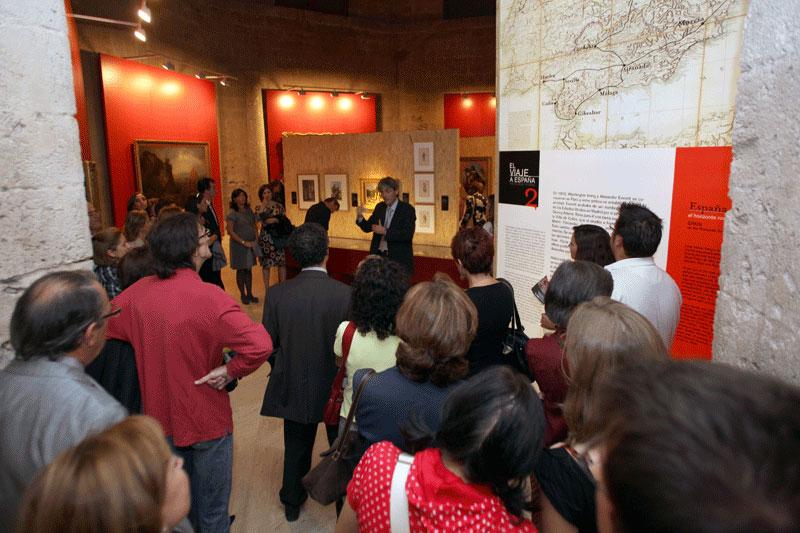 More than 17,000 persons have visited the exhibition “Washington Irving and the Alhambra: 150 anniversary”, located in the Chapel and Crypt of the Palace of Charles V, during the first two weeks since it was opened to the public on October 2. Following the information of the Data Analysis Unit of the Patronato de la Alhambra y Generalife, the exhibition received 17,062 visitors, 56.21% of them have been individual visitors from Spain, 24.89% EU members and 18.89% from other countries. The day with the highest number of visitors was on Sunday, October 11, with 2,306 visitors, followed by Monday, October 12, when the exhibition received 2,251 visitors. “Washington Irving and the Alhambra: 150 anniversary” is the title of the exhibition through which the Patronato de la Alhambra y el Generalife commemorates the North American writer 150 years after his death. Until February 28 it has on display original manuscripts, letters and notebooks, first editions of his books, drawings, engravings and high quality paintings, historic photos and filmography, interactive material and scale models.
The exhibition “Washington Irving and the Alhambra: 150 anniversary” is a part of the commemorative program dedicated to the author of “Tales of the Alhambra”, whose first edition´s 175 anniversary was in 2007. The exhibition recalls Irving´s journey through Europe and Spain, paying special attention to his tour through Andalusia, Granada city and his beloved Alhambra.
The exhibition, with 189 pieces on display, in large part from the Archive and Library of the Patronato de la Alhambra y el Generalife, is supported by the collaboration of 40 lender institutions, as the New York Public Library, the Hispanic Society of America, Museo del Prado, Museo Romántico, the National Library, Patrimonio Nacional, as well as museums of Great Britain, France and Germany, together with private collections.
The exhibition has been supported by “la Caixa” and the company Rober in terms of diffusion, and the exhibition curators are Antonio Garnica, Chair Professor at the University of Seville, Javier Villoria, Professor at the University of Granada, and Pedro Galera, Chair of Art History at the University of Jaén. The exhibition is focused on four large subjects: Portrait of the artist; Journey to Spain; Granada and The Alhambra: the enchanted palace, are the general areas zoned into several sections.