More than 10,000 people have visited the exhibition “Art and Cultures of al-Andalus. The power of the Alhambra” 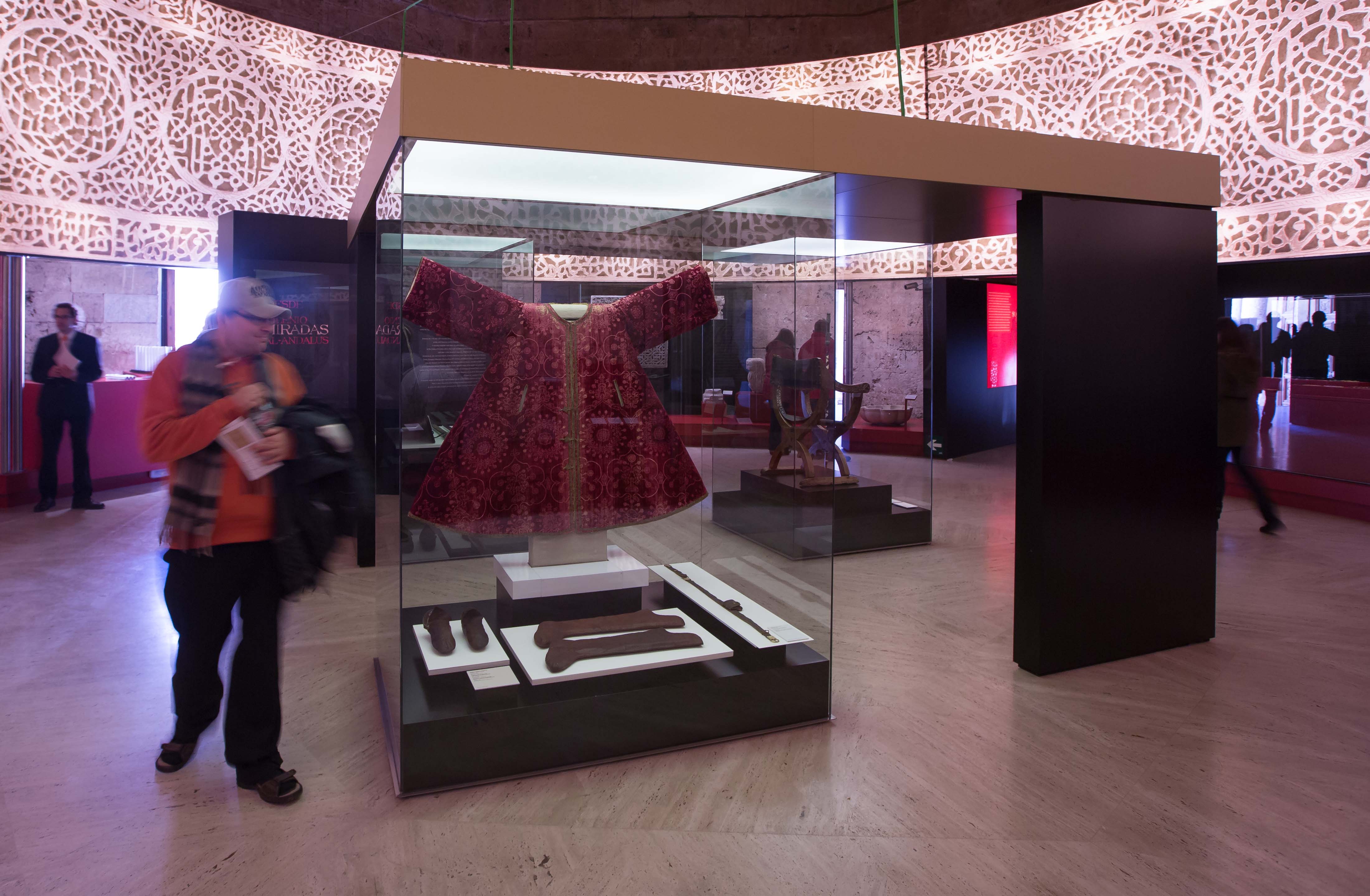 As of 12th December, the exhibition ‘Art and Cultures of al-Andalus. The power of the Alhambra’ on display in the Chapel and Crypt of the Palace of Charles V, has been visited by more than 10,000 people since its inauguration on 2nd December, according to figures provided by the Sustainability Laboratory of the Council of the Alhambra and Generalife.
Organized by the Consortium for the Commemoration of the First Millennium of the Kingdom of Granada, the Council of the Alhambra and Generalife and the al-Andalus Legacy Foundation, the exhibition received a “substantial” number of visitors during the December public holiday, in which 9565 people (an average of 1,062 visitors per day) passed through the turnstiles.
A survey of the visitors showed that most were aged between 36 and 50 years old, had a “high educational level” and that 43% were from Andalusia, 17% from Madrid, 9.4% from the Valencia region, 7.4% from Castilla-León, 4.7% from Castilla La Mancha, 4% from Catalonia and 4% from Murcia. 95.66% of those visiting the exhibition said that they were “very satisfied” and that they would recommend it to their family and friends.
The exhibition, for which admission is free, traces a thousand years of history of the Kingdom of Granada (1013-2013) and is curated by Rafael López Guzmán Professor of History of Art at the University of Granada, José Miguel Puerta Vílchez, researcher and lecturer in History of Art at the University of Granada and Mª Jesús Viguera Molins Professor from the Department of Arabic and Islamic Studies at the Complutense University in Madrid,.
Over 70 institutions have taken part by lending pieces, as have several private collections. These institutions include the Council of the Alhambra and Generalife, the El Escorial Royal Library, the Spanish Royal Armoury, the Granada Archaeological Museum, the University of Granada, the Spanish Royal Academy of History, Toledo Cathedral, Granada Cathedral, the Museum of Segovia, the Spanish Senior Research Council, Córdoba Municipal Library, the Museum of Mallorca, the Lázaro Galdiano Museum, the Army Museum in Toledo, the Instituto Valencia de Don Juan and the Historical Archives of the Province of Granada.
The Council of the Alhambra and Generalife organizes free guided visits to the exhibition on Thursdays, Fridays, Saturdays and Sundays. Places can be booked at the Offices in the Corral del Carbón, calle Mariana Pineda s/n Granada; or by email to alhambraeduca.pag(at)juntadeandalucia.es.
The route followed by the exhibition continues inside the Nasrid Palaces, where a number of spaces normally closed to the public have been restored and can now be visited to coincide with the exhibition. Those wishing to visit this area must buy the normal admission ticket to the Alhambra.
The exhibition has over 300 pieces including a number of emblematic exhibits: the tunic worn by the last Sultan of Granada, Boabdil, his rapier, the Capitulations, the official document in which Boabdil surrendered to King Ferdinand and Queen Isabella and the diplomatic correspondence between the Sultans of Granada and other Kingdoms.
www.milenioreinodegranada.eswww.milenioreinodegranada.esOpening hours: From Monday to Sunday: From 10 h to 18 h.