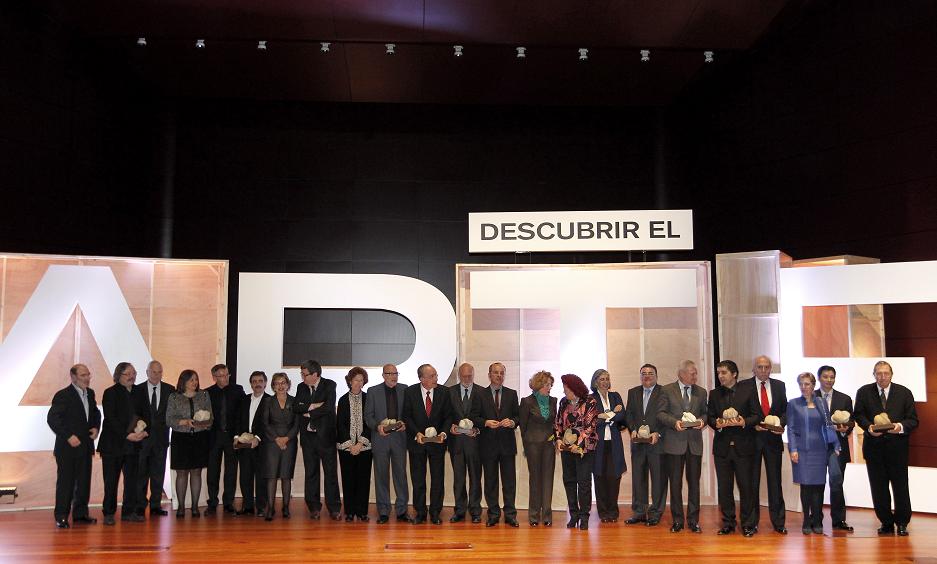 The Matisse and the Alhambra (1910-2010) exhibition received Exhibition of the Year award from the magazine Descubrir el arte. On 9 March, María del Mar Villafranca, general director of Patronato de la Alhambra y Generalife (PAG), and Charo Otegui, chairwoman of the National Association for Cultural Activity (SEAC), picked up the award at the Reina Sofia museum in Madrid, on behalf of the institutions that organised the show.
Matisse and the Alhambra (1910-2010), which ran from 15 October 2010 to 28 February 2011 at the Granada Museum of Fine Arts (Palace of Carlos V), commemorated the centenary of the French artist’s visit to the Nasrid site, reconstructing the fascination for the orient born in Henri Matisse (1869-1954) after his visit to Spain, Andalusia and the Alhambra over 9-11 December 1910.
Commissioned by PAG, the exhibition featured 60 pieces of Islamic art of extraordinary artistic value, personal letters, postcards and photographs from the Matisse archives at Issy-Les-Moulineaux and several objects, including textiles, that the artist and traveller collected throughout his lifetime and which show his fascination with Muslim artistic heritage.
Moreover, the exhibition was the first time that the three paintings produced by Matisse in Spain were hung alongside three produced by his friend and fellow artist Francisco Iturrino, from the studio the two shared in Seville. Thirty international organisations, including the Hermitage Museum in St Petersburg, MOMA, the New York Metropolitan Museum, the Louvre, the Victoria and Albert and the Pushkin in Moscow, and private collectors, including Baroness Thyssen-Bornemisza and Claude and Bárbara Duthuit, heirs of the French artist, supported the project, which was visited by almost 200,000 persons over four months.
The discovery some years ago of the signature of Henri Matisse in the Alhambra visitors’ book was the starting point for an investigation that reconstructed Matisse’s visit to Spain and the influence of this experience on his work, culminating in this PAG, which had the support of the Matisse family and a Scientific Team featuring some of the best Matisse specialists, including Pierre Schneider, Remi Labrusse and Isabel Monod-Fontaine.