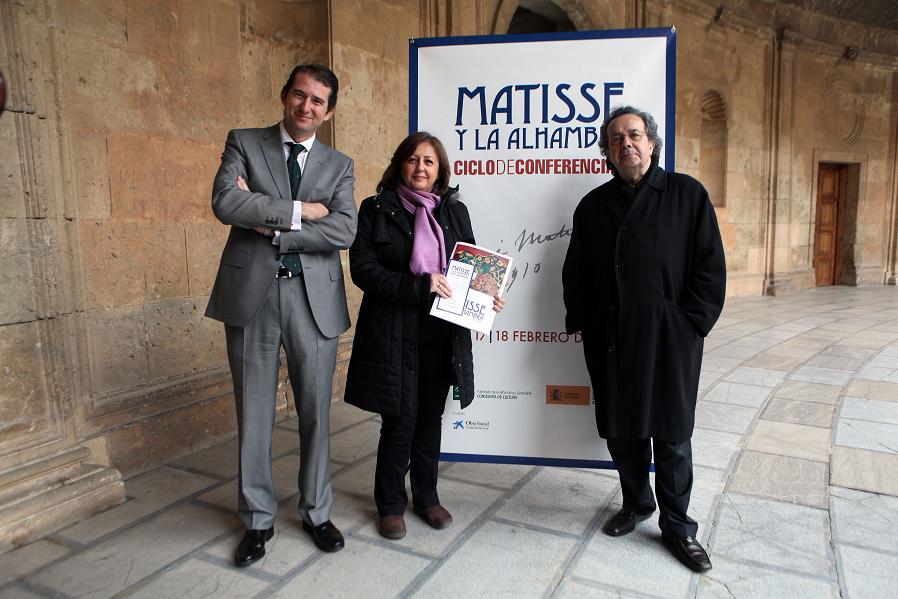 The Patronato de la Alhambra y Generalife, “laCaixa” Foundation and the Agency for Cultural Actions organise an international series of lectures with experts on the French painter Matisse and his work

The Patronato de la Alhambra y Generalife (PAG), “laCaixa” Foundation and the Agency for Cultural Actions (SEAC) have organised a series of lectures, in which the impact of the Nasrid Monumental Complex on the work of Henri Matisse will be analysed, next to other topics related to the painter’s artistic experiences. The lectures will recreate the history of the fascination Matisse felt for the Oriental world, which in terms of his biography is coinciding partly with his visit to the Alhambra at 11 December 1910, which was a transcendental experience for him.
The series of lectures has started at its first location, the CaixaForum in Madrid, from 17 to 19 January. Now it will be the final highlight of the Exhibition Matisse and the Alhambra 1910-2010, which has received about 150,000 visitors until now (33,000 of them coming from Granada), and will be held from 16 to 18 February at its second location, the Conference Hall of the Palace of Carlos V. The admission to this event is free, but with a limited number of places available.
The event, organised by PAG, the “laCaixa” Foundation and SEAC, will deepen the knowledge about the relation between Matisse and Islamic aesthetics and art, about the painter’s creative talent, combining tradition and modernity, history and avant-garde, based on a certain artistic experience, which is strongly rooted in cultural heritage. The artistic repertoire of Islamic art is being adapted and transformed by the artist and ubiquitous in his work.
Outstanding experts will participate as lecturers, such as Isabelle Monod-Fontaine, General Curator of the Heritage of France, Kosme de Barañano, Full Professor of Art History, Miguel Hernández University of Elche, Spain, and Tatiana Pigariova, Cultural Manager at Moscow’s Cervantes Institute, Tomás Llorens, Chief Curator of the Museo Thyssen-Bornemisza, María del Mar Villafranca, PAG Director, and Francisco Jarauta, Full Professor of Philosophy, University of Murcia, who will chair the series of lectures and is, together with Villafranca, the curator of the exhibition.