Matisse and the Alhambra: a round-trip journey 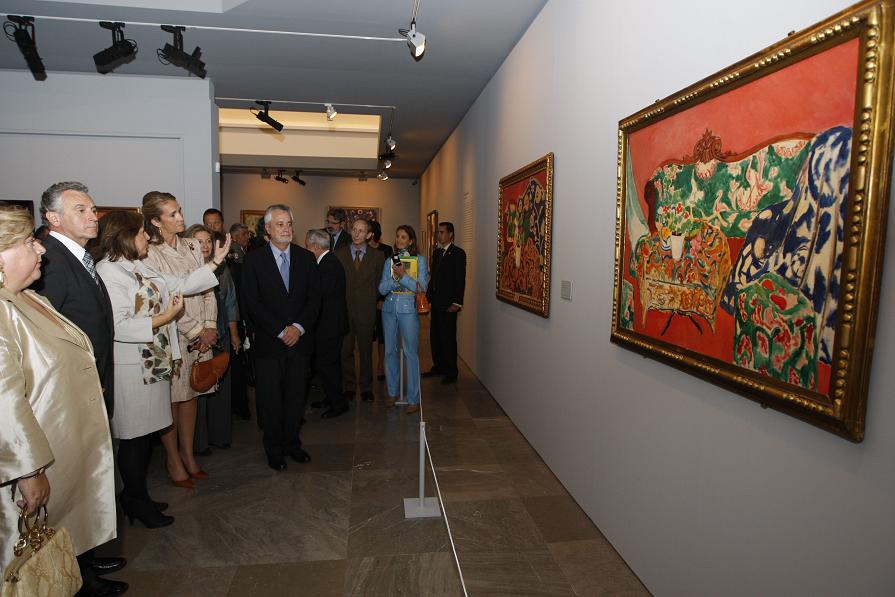 The Patronato de la Alhambra y Generalife and SECC, with the collaboration of "la Caixa" Welfare Projects, are organizing the exhibition, to be opened on 15 October, to commemorate the centenary of the French painter’s visit to the site in 1910

Matisse “returns” to the Alhambra 100 years after his visit to the Nasrid monument. Matisse and the Alhambra (1910-2010) is the name of the commemorative exhibition by Patronato de la Alhambra y Generalife and the Spanish State Agency for Cultural Commemorations (SECC), in collaboration with “laCaixa” Welfare Projects. The exhibition commemorates the centenary of the French painter’s visit to the Nasrid monument and recreates his fascination he felt for the Oriental world after his journey to Spain, Andalusia and the Alhambra, where he was on 9, 10 and 11 December 1910.
The exhibition is curated by María del Mar Villafranca, Director of the Patronato de la Alhambra y Generalife, and Francisco Jarauta, Full Professor of Philosophy, University of Murcia. The exhibition opens on 15 October in rooms 8, 9 and 10 of the Museum of Fine Arts in Granada (in the upper floor of the Palace of Charles V), within the Monumental Complex of the Alhambra, where it will be open until 28 February 2011.
The exhibition will put on display more than hundred pieces: 35 works of Matisse, oil paintings, drawings, lithographs and one sculpture; 60 works of Islamic art of extraordinary value, such as ceramics, glassworks, works of bronze, tapestries, miniatures, latticework and works of wood; also personal letters, postcards and photographs from the French painter, from the collection of the Matisse archives in Issy-Les-Moulineaux, and other objects that fit in the context, such as fabrics he collected during his lifetime (like Manila shawls, Moorish fabrics and tapestries from the Alpujarra region) and which show the fascination the artist and traveller felt for the Muslim cultural heritage. Furthermore, this exhibition will put for the first time together on display the three canvases Matisse painted in Spain and other three paintings by his friend Francisco Iturrino, conceived in their shared atelier in Seville.
Matisse and the Alhambra (1910-2010), with a division into five sections (Learning from the Orient, Journey to Spain: Matisse and the Alhambra, From Morocco to Nice, The Odalisques: Interior Landscape and Light and harmony), is a contribution to the knowledge of Matisse’s life and work in his last years. 30 international renowned institutions – such as The Hermitage Museum in Saint Petersburg, MoMA New York, The Metropolitan Museum in New York, the Louvre in Paris, The Victoria and Albert Museum in London and the Pushkin Museum in Moscow – and private collectors – such as the Baroness Thyssen-Bornemisza and Claude and Barbara Duthuit, heirs of the French painter, have given their support to the project, whose organization has been very complex for the number of loans and their varied geographic location.
The discovery some years ago of Henri Matisse’s signature in the visitors’ book of the Alhambra has been the starting point for the research work, whose subject was the reconstruction of the motivation of Matisse’s journey to Spain, with stages in Madrid, Seville, Cordoba, Granada, Toledo and Barcelona, as well as the influence of the experience of this journey in his work. The result of the studies will be shown in the exhibition. Furthermore, the exhibition was supported by the family of Matisse, especially by Claude and Barbara Duthuit, and by the formation of a Scientific Committee with some of the most outstanding experts in Henri Matisse’s work, such as Pierre Schnieder, Remi Labrusse and Isabel Monod-Fontaine, among others.
Essential to this research work has been consulting the material from the Matisse archives, the Archives of the Pushkin Museum in Moscow and the manuscript collection from the Beinecke Library of the Yale University, which hold the major part of the correspondence between the painter and his family and friends during his stay in Spain.
The exhibition catalogue in three languages (Spanish, French and English) will be published by the publishing house TF. In parallel to the exhibition, there will take place two series of conferences, with the participation of the leading authorities on Matisse’s work. The conferences are going to take place in CaixaForum Madrid, the social and cultural centre of “la Caixa” Welfare Projects, and in the Palace of Charles V (Granada)
The visitors of the exhibition will have free admission and there will be an audio guide service and an educational program, aiming at the best promotion of knowledge in this field.
Location: Palace of Charles V
Date: October 15, 2010 – February 28, 2011
Sunday – Thursday: 9:00 am to 6 pm
Friday and Saturday: 9:00 am to 8 pm
Special access schedule for visitors with reduced mobility: everyday, from 11:30 to 12:30 am and from 4:30 to 5:30 pm
Free guided tours for school groups:
Monday – Friday: 9:30 – 10:30 am; 11:00 am – 12:00 pm; 12:30 pm – 1:30 pm
Free guided tours for the general public:
Tuesday and Thursday: 4:00 – 5:00 pm; 5:15 – 6:15 pm
Information and reservations for guides tours: Corral del Carbón Information Office / 958 57 51 26 / alhambraeduca.pag@juntadeandalucia.es (Please state your name and telephone number)