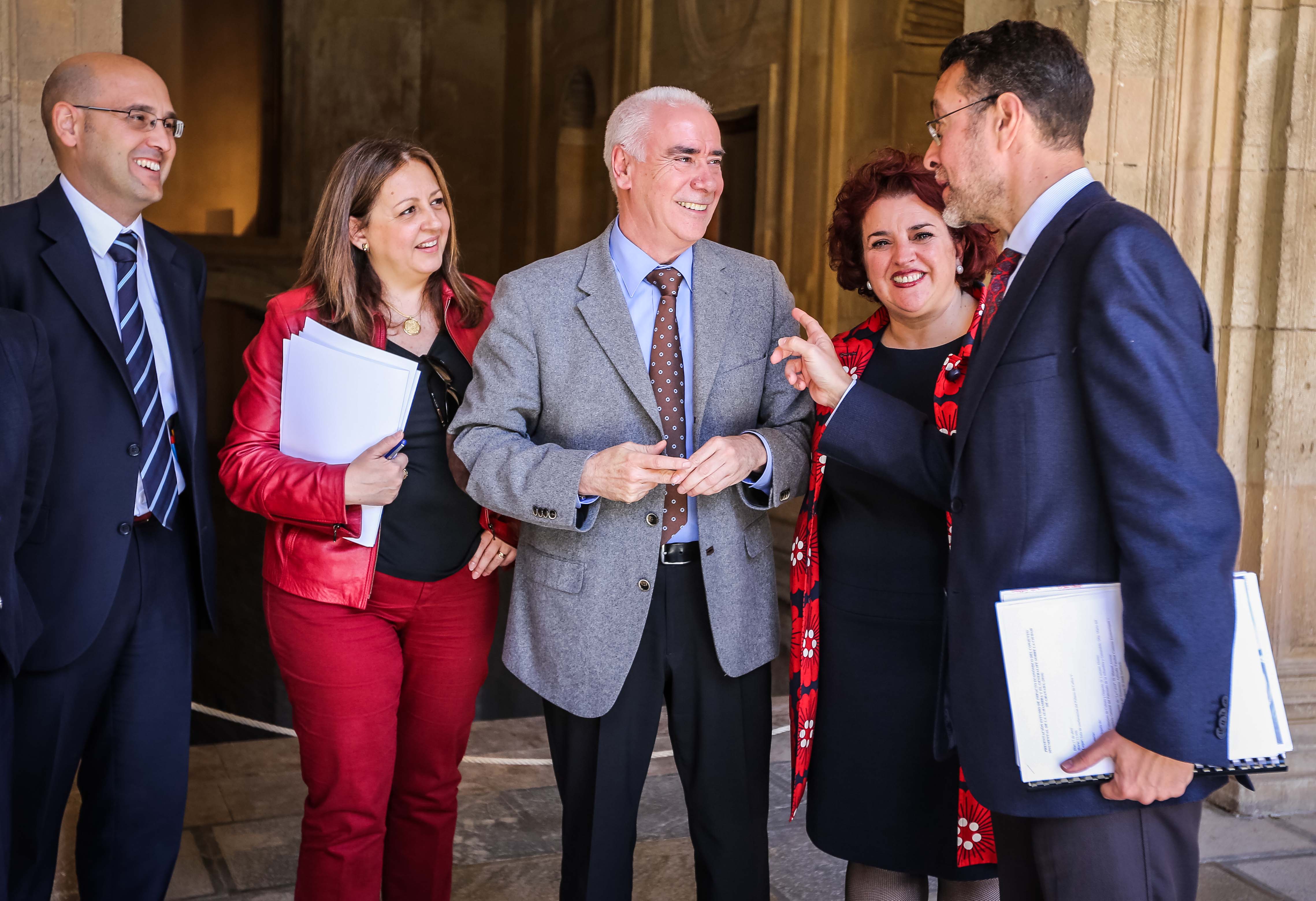 The Alhambra is the main driving force behind the city and Province of Granada and one of the most important economic cornerstones of Andalusia, according to Luciano Alonso, the Minister of Culture and Sport of the Regional Government, speaking this morning in the Palace of Charles V at a presentation of a study of the economic impact of the Alhambra and the Generalife in 2010 conducted by the Regional Quantitative Analysis research group from the University of Barcelona.
According to this report, carried out in collaboration with the Alhambra and the Social Project of La Caixa Bank, the Alhambra produced a direct impact on the city in terms of income of 490,572,982€ in 2010, with a daily average of 1,344,036€; while the impact in Andalusia as a whole was 749,761,652€, a daily injection into the economy of 2,054,141€. The Alhambra also creates employment: the jobs of 10,003 people depend to some degree on the monument, 6,808 of them in the city of Granada. According to the Minister, the figures reveal that the economic effects produced by the Alhambra have repercussions in most sectors of the Andalusian economy, and not just those directly related with tourism, but also in cultural and social sectors.
For his part, the Director of Institutions for La Caixa in eastern Andalusia, Manuel Arenas, commented that this study offers a good picture. It is time to bring all the synergies together to enhance the economic effects created by the Alhambra and the Generalife.
The report, which was directed by the Professor of Applied Economics at the University of Barcelona and Director of the IREA Institute, Jordi Suriñach, and the Professor of Economics at the UB, Joaquim Murillo, also highlighted the direct economic effect produced by visitors to the Alhambra on the city of Granada, with revenues of 385,721,094 euros in the tourism sector. They calculate that of this sum 157.5 million is spent in hotels; 83.5 million in restaurants; 9 million on transport; 62 million in shops and 73.5 million in leisure and culture. They also found that 83% of the income received by hotels in the city is due to the Alhambra; 27% of that spent in restaurants, 21% of that on transport, 19% of that in shops and 30% of the money spent on leisure and culture.
The study of the economic impact of the Alhambra in 2010 has a special section with a comparative analysis with the previous study carried out in 2003. According to the data in this section, there has been an increase of almost €42 million, up 11.7%, of which 29.3 million (8.2%) came from an increase in the number of visitors and 12.44 million came from the role of the Council of the Alhambra and Generalife as a Business Agent, an increase of 675.6% compared to 2003. As regards the creation of employment in the city, this has also increased by 14.13% compared to 2003.
The main reasons for this increase are: an increase of visits by tourists (4.92%) and daytrippers (8.22%); and a slight fall in the average length of stay of tourists in the city (from 3.75 nights to 3.55), and the average daily expenditure in the destination, with an increase of more than €10 for tourists and a drop of 6 euros for daytrippers.
The study has over 200 pages which meet the objectives for which it was commissioned, namely to publicize the economic impact of the Alhambra in Granada and its province and in Andalusia as a whole. The document combines the statistical data for the year 2010 provided by the National Statistics Institute, the Andalusian Institute of Statistics, the National Institute of the Social Security, the Council of the Alhambra and Generalife, the Tourism Observatory of the Province of Granada, Granada City Council, etc.