International experts gather at the Alhambra to debate about mediaeval archaeology 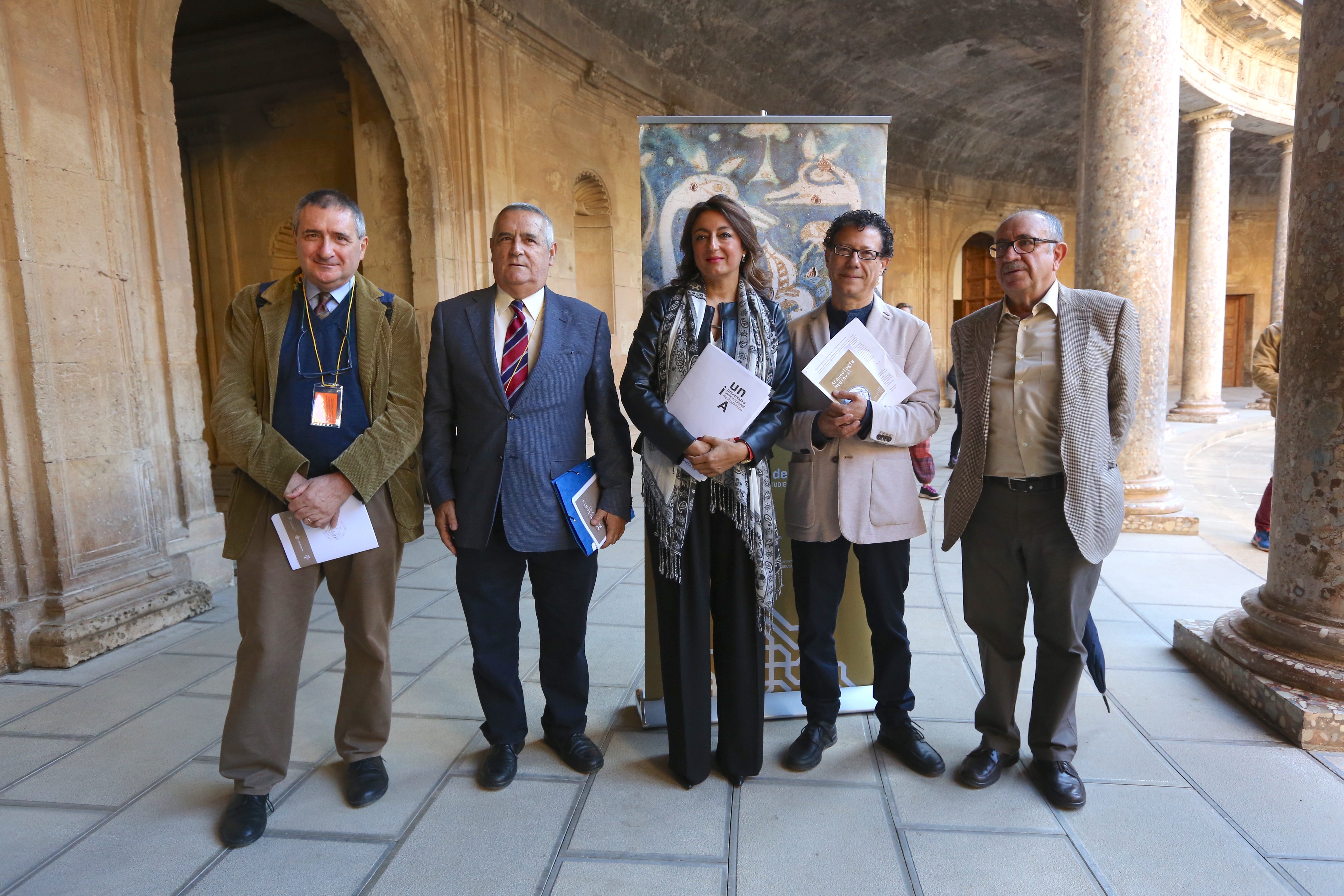 Twenty highly-regarded international experts will be at the Alhambra this week to debate about mediaeval archaeology. This morning, the Palace of Charles V became a venue for debate and analysis with the holding of the Hispano-Italian Colloquium on Mediaeval Archaeology. 25 years later. Tribute to Riccardo Francovich (1946-2007), which will run until next Friday 16th October, and in which over forty doctoral and masters degree students will be taking part, together with researchers in History of Art and academics working in the Historic Heritage field.
Reynaldo Fernández Manzano, the Director of the Council of the Alhambra and Generalife, presented this event alongside the Vice-Rector of the International University of Andalusia (UNIA), Yolanda de la Fuente, emphasizing that “it will undoubtedly offer an opportunity to promote archaeology from a scientific perspective and to analyse the evolution of this speciality in recent years”.
This year marks the 25th anniversary of the first Hispano-Italian Colloquium on Mediaeval Archaeology held at the Alhambra in 1990, in which some of the then young archaeological researchers present today took part. At that time they were practically setting out on their careers in this specialist branch of archaeology, then a pioneering form of research into Historic Heritage. For this reason, the Council of the Alhambra and the Spanish and Italian committees have decided to commemorate this anniversary by holding a new meeting, in which they will be paying tribute to one of the great precursors of mediaeval archaeology in Europe, Riccardo Francovich (1946-2007).
The Director of the Alhambra also invited Professor Mateo Revilla to take part in this event, as in 1990 he was the Director of the Alhambra and took part in the first Colloquium. Revilla stressed the “importance of archaeology in the conservation of the Monument” and the need to “encourage research to keep the archaeological attraction of the Monument alive”.
For her part, the representative of the International University of Andalusia (UNIA) said that “this initiative is interesting because it revives for new generations of archaeologists and scholars in this field a debate like this one held 25 years ago, which reached important conclusions that are of key importance in archaeology today”.
Organized by the School of the Alhambra and the International University of Andalusia (UNIA), the debate will be chaired by Antonio Malpica, Professor of Mediaeval Archaeology at the University of Granada, who explained that the event will be divided into two parts, “the Spanish part and the Italian part. We have made a selection which will allow us to cover all the main issues in research today, so following the guidelines set down by one of the great pioneers in mediaeval archaeology in Europe, Riccardo Francovich, with whom we were fortunate enough to share great debates in the first Colloquium, here in the Alhambra”.
Tomorrow, Thursday, as part of the event, a tribute to the researcher, who died in 2007, will be held with the presentation of a book.
For more information please see www.escueladelaalhambra.es,                               www.escueladelaalhambra.es