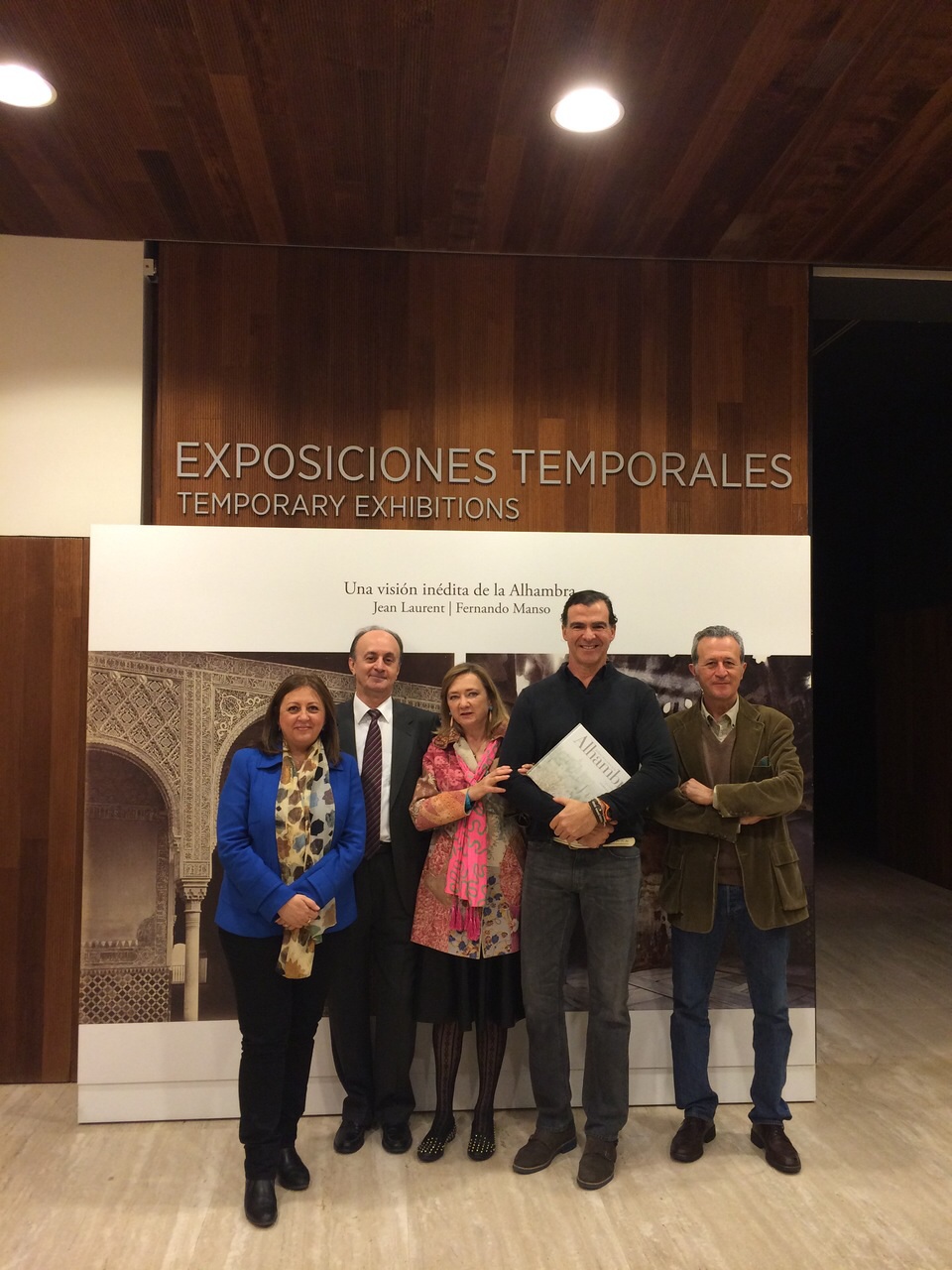 The Ministry of Education, Culture and Sport and the Regional Ministry of Education, Culture and Sport of Andalusia presented today in the National Archaeological Museum an exhibition entitled ‘A Hitherto Unseen Vision of the Alhambra Jean Laurent and Fernando Manso’ (Una visión inédita de la Alhambra. Jean Laurent | Fernando Manso). This is an exceptional collection of photographs of the Alhambra and the city of Granada, past and present. The exhibition is being organized by the Sub-Directorate General for the Promotion of Fine Arts, the National Archaeological Museum and the Council of the Alhambra and Generalife, and is sponsored by Cervezas Alhambra and TF Editores.
The two photographers in this exhibition, Jean Laurent (1816-1886) and Fernando Manso (Madrid 1961), offer with their traditional plate cameras an intimate view of the gardens, palaces and surroundings of the Alhambra, albeit 150 years apart. The exhibition presents a total of 57 photographs that pay tribute to the monumental beauty of the Alhambra and its natural surroundings, extolling it as a cultural and artistic icon of Spain.
The 22 small format (20x35cm) pictures by Jean Laurent were carefully selected from over 400 images in his original catalogue, which are displayed together in the same space which, in the way of a glass cabinet filled with assorted curiosities, transports the viewer back in time. The 35 large format pictures (200x150cm and 120x150cm) by Fernando Manso are exhibited in a larger space and take the visitor on a tour of new, different, unseen views of the Alhambra today.
JEAN LAURENT (Garchizy, Nevers, 1816 – Madrid, 1886) settled in Madrid in 1843 and became one of the most important commercial photographers of the 19th Century. He travelled around Spain and Portugal taking photographs of all the most popular subjects of the day: reproductions of works of art, reports on public works (industrial photography), panoramic views of cities, landscapes, monuments, works of art, portraits of famous people and popular figures. He used to travel around by train, carrying his equipment in a small cart or “cart-laboratory”, where he prepared and developed his collodion plates. From 1861 to 1868, he held the title of “Photographer of Her Majesty the Queen”.
Fernando Manso (Madrid, 1961) started taking analogue photographs when he was a student in the United States. He began his professional career working in Canon Spain’s professional photography department, and later got involved in advertising photography, winning prizes for various campaigns. Over the last 20 years, he has devoted his life to artistic photography, for which he has received a number of awards including the National Arts Prize 2008, awarded by the Royal Academy of Gastronomy. Fernando Manso always uses an analogue plate camera, ensuring that his pictures reflect the very personal image that the artist has in his head offering a poetic view of things. Manso is a respectful observer of reality, who strives to convey his own minimalist, meticulous, romantic truth. Above all he is a photographer of beauty.
For more information, please see:
http://www.mecd.gob.es/cultura-mecd/areas-cultura/promociondelarte/exposiciones/exposiciones-temporales/visionAlhambra-laurent-y-manso.html