In 2015 the Alhambra achieved the best figures in its history with almost 2.5 million visitors. 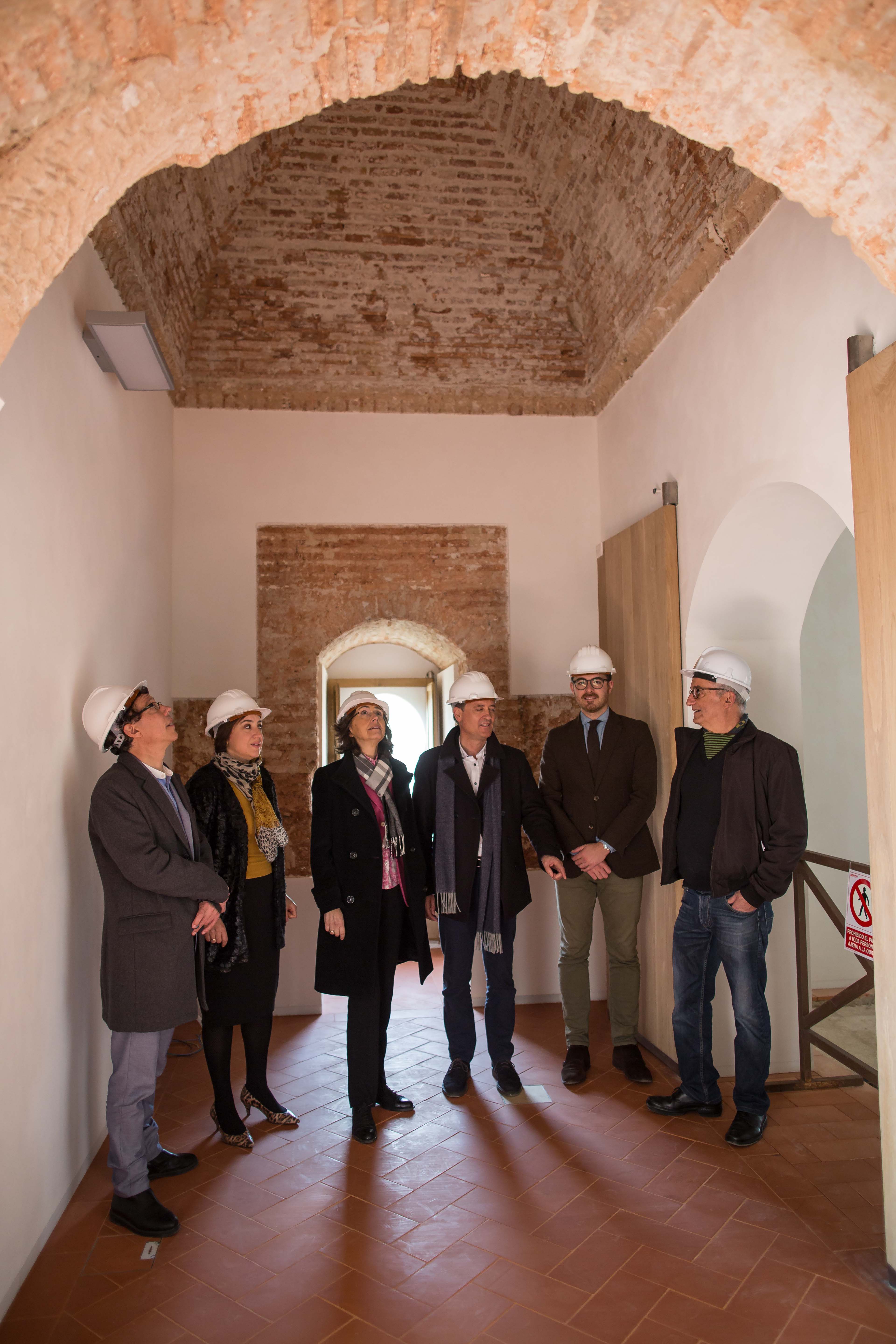 Rosa Aguilar presents the figures for Cultural, Educational and Tourism activities at the Monument and supervises the final phase of the restoration of the Tower of Justice

The Alhambra and Generalife Group of Monuments has once again had the best year for tourism in its history and broken its previous record with 2,474,231 visitors. This morning the Minister of Culture of the Regional Government of Andalusia, Rosa Aguilar, announced the “excellent results” obtained in 2015, which were up 3.9% on the previous year.
Aguilar explained that “our aim in this new phase is to promote the visit to the Monument and research, along with a varied range of cultural activities” in the form of exhibitions, which have become an important means of attracting visitors to the Alhambra throughout the year with 260,676 spectators.
The most popular exhibition was A hitherto unseen view of the Alhambra, with photographs by Fernando Manso (1961) and Jean Laurent (1816-1886), which was seen by 119,654 people. This was followed by Landscape and place by Carmen Laffón with 59,793, Abstraction and light. Drawings, paintings and photographs by William. J.R. Curtis, 40,084, and Variations on a line, by Soledad Sevilla, which was staged in the Morisco house in the Calle Horno de Oro and received 8,838 visitors. This exhibition programme was completed with Variations on the Japanese Garden, Opposing Views: Alhambra-Albaicín, Universo Morente, a tribute to the singer Enrique Morente who died in 2012, and José Guerrero – The presence of black (1950-1966).
The presence of the Alhambra beyond our frontiers has also been important this year in exhibition projects such as Visions of the Alhambra. Álvaro Siza, at the National Museum in Oslo; A hitherto unseen view of the Alhambra. Jean Laurent and Fernando Manso (National Archaeological Museum in Madrid) and José Guerrero. The presence of black (1950-1966) at the Suñol Foundation in Barcelona and the MonteMadrid Foundation (Casa de las Alhajas) in Madrid.
Most of the visitors to the Alhambra Group of Monuments in 2015 were EU residents, coming above all from France, Germany and the United Kingdom, followed by visitors from the USA and Japan. Spanish domestic tourism, above all from Granada and Andalusia, is also an important source of visitors for the Alhambra.
The typical profile of the tourist who chooses the Alhambra as a destination is a European of between 36 and 50 years of age, with a degree and a qualified job. They normally leave the Monument with a high or very high degree of satisfaction, citing as the aspects that most impressed them, the good state of conservation of the buildings, the maintenance of the gardens and the level of cleanness.
During the presentation of the statistics for Cultural, Educational and Tourism activities at the Alhambra, special mention was given to the large number of schoolchildren who took part in the Alhambra’s educational programmes. A total of 153,921 boys and girls visited the Monument last year to discover new ways of looking at Heritage. A further 2,700 children took part in the Live and Feel the Alhambra programme.
Restoration of the interior of the Tower of Justice
Rosa Aguilar made these declarations during a visit to the restoration work inside the Tower of Justice now in its final phase, in which the rooms on the upper floor will be fitted out for cultural use.
The restoration project, which has a budget of 430,135 euros, is being carried out by the Alhambra Conservation Department under the supervision of the Granada architect Pedro Salmerón. The work involved fitting out the interior of the vaulted ceiling rooms, which will be used for “learning and exchange of information about the Monument”, explained Rosa Aguilar.
Pedro Salmerón for his part explained that the restoration work consisted of refurbishing the interior of the Tower of Justice, focusing particularly on the renovation of the wall linings and installations, and the freeing up of certain spaces. “In this way we can recover lost space without affecting the original structure or closing features”. The architect also pointed out that the restoration work had been monitored by archaeologists and that the original outlines of the top floor had been recovered. He added that the remains of various original finishes that they discovered had been restored. Other findings of documentary interest regarding historic uses of the rooms have also been made.
Ever since it was constructed in 1348 during the reign of Yusuf I, the Tower of Justice has housed one of the main accesses to the Alhambra. It has a rectangular floor-plan divided into two floors and a terrace, which is integrated into the wall of the fortress city together with 26 other towers. It was the residence of the Gatekeeper from the time of the conquest of the city by King Ferdinand and Queen Isabella in 1492 until the Alhambra was occupied by Napoleonic troops in 1810. A few years later it again became a residence for those responsible for guarding the Alhambra. Since the last decade of the 19th Century it has been used for administrative and occasionally residential purposes.