Free guided visits to the exhibition Sorolla. Gardens of Light 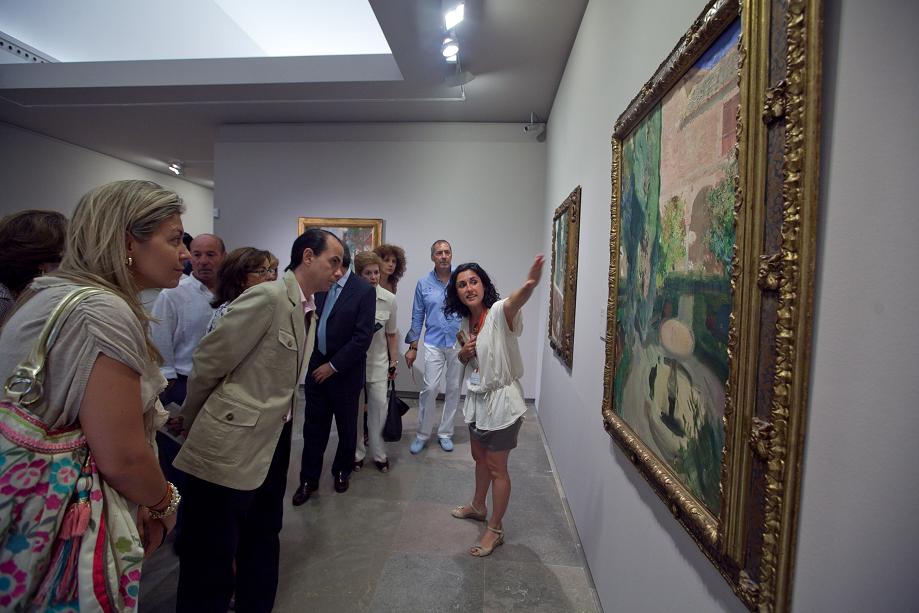 In September, the Governing Patronato de la Alhambra y Generalife brings back free, guided visits to the exhibition Sorolla.Gardens of Light, from the 1st of September until the closing date on the 14th of October, 2012. The visits, which are for the general public, will take place on Thursdays, Fridays, Saturdays and Sundays at 12.00, 13.00, 18.00 and 19.00.

Those who are interested in participating can find information and reserve tickets in advance either at the Oficina del Patronato de la Alhambra y Generalife in the Corral del Carbón, Calle Mariana Pineda, 7 – Edificio Corral del Carbón), by ringing 958575126, or through the following email address:  alhambraeduca.pag@juntadeandalucia.es, indicating name, surname, and telephone number. Visits are for groups of 15 people maximum.

The exhibition, which can be seen in the Palace of Charles V Museum of Fine Arts, has brought together over fifty works of the Valencian artist Joaquín Sorolla (1863-1923), which were inspired by the Arab courtyards and his growing fascination for this region of Spain after his visit. The exhibition, which is already considered to be the greatest cultural event in Andalucia this year has been curated by the following team of experts: Tomás Llorens, Blanca Pons-Sorolla, María López Fernández and Boye Llorens, and has been organised by the Governing Patronato de la Alhambra y Generalife, the Sorolla Museum and Ferrara Arte.

Details of the exhibition