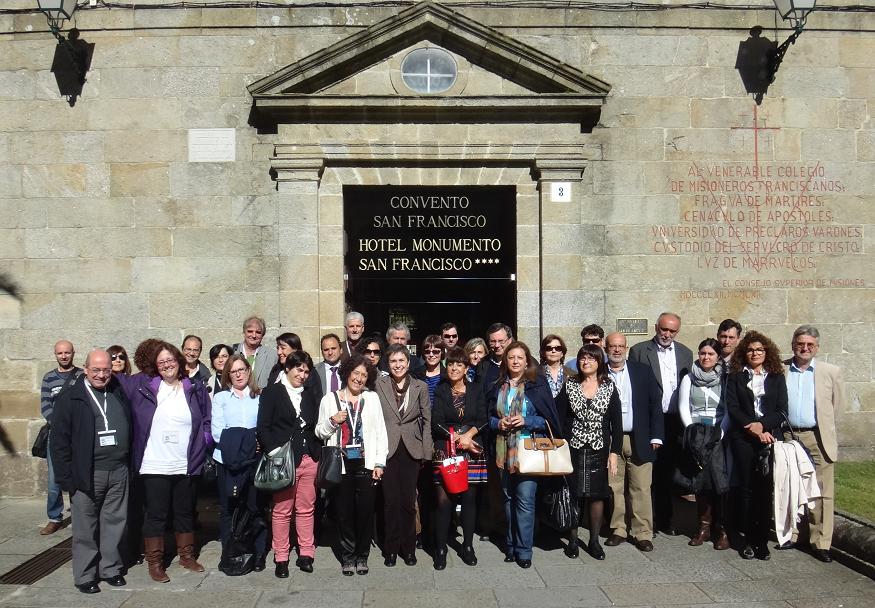 The managers of sites declared as World Heritage, such as the Alhambra, have met in Santiago de Compostela

This week there has been a meeting in Santiago de Compostela of managers of World Heritage sites. The Alhambra has taken part in this meeting, held from 22nd to 24th October.  The principal focus has been on the relationship between cultural, natural heritage and sustainable development.

The title was ‘World Heritage and sustainable development: the role of local communities’. The question of the role of tourism in the conservation of heritage has also been raised.

About 70 specialists have met in Compostela, and the encounter has coincided with the fortieth anniversary of the Convention of World Heritage. Therefore the presentations began with an analysis of this event and future challenges for accomplishing the agreements of the conference.

Several specific cases were dealt with during the first day, such as the twenty-five years of the management of the Camino de Santiago, the monastery of Poblet or the Valle Salado de Añana.

On the second day the policy of sustainable development once more became the nucleus of the presentations in the meeting. The management of cultural heritage on the part of the private sector was also dealt with, as well as different experiences in the treatment of sites and the new challenges set by the sites that have recently been incorporated into the List of World Heritage.

In the afternoon, the congress concluded with two presentations on the management of the Camino de Santiago and the experiences of networking in the maintenance of heritage, with special attention to the World Heritage Cities Group.

The National Meeting of Administrators of World Heritage Sites has been organized by the Ministry of Education, Culture and Sport, and coordinated by the City Hall of Santiago de Compostela.