An oral history of the Alhambra 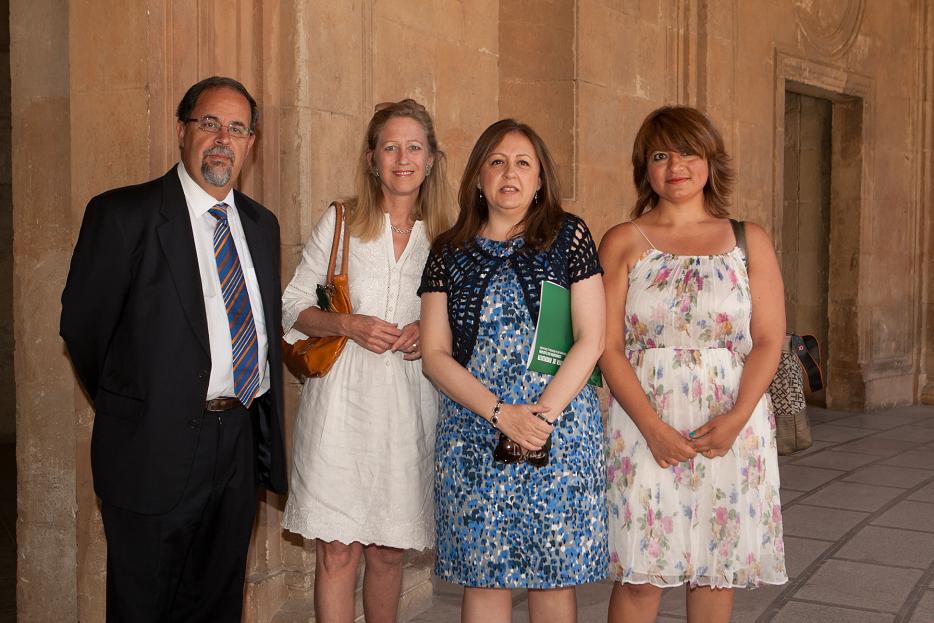 The history of the “other” Alhambra, passed on by word of mouth by its inhabitants, workers and visitors, Memoria Oral de la Alhambra is a research project promoted by Patronato de la Alhambra y Generalife and directed by Professor José Antonio González Alcantud, Chair of Anthropology at the University of Granada, with the aim of compiling the experiences of anonymous citizens and people from the worlds of culture, the arts and politics in relation to the Alhambra. This morning, Patronato de la Alhambra y Generalife head María del Mar Villafranca presented a foretaste of the work in the Palace of Carlos V.

In the opinion of Villafranca, “this oral history has recovered the emotional value of the site as part of our intangible cultural heritage. For the first time, a World Heritage Site has had its oral history constructed on the basis of the testimonies of employees, artists, politicians, academics and custodians, among others, to create an oral archive of the monument”.
A series of interviews, recorded in audiovisual format, forms the basis of a socio-historical and anthropological analysis, comprising a visual document on the Alhambra as lived by those close to it. According to Professor González Alcantud, Memoria Oral de la Alhambra will reveal the testimony that “these people have of the monument. Their opinion is of incalculable value, completing a wide spectrum of the history of the Alhambra”.
Persons interviewed include the former Government of Andalusia minister for Culture, Javier Torres Vela; former mayors of Granada Antonio Jara, Jesús Quero, Gabriel Díaz Berbel and José Moratalla; the owners of mythical establishments such as the La Mimbre restaurant, Hotel América, the El Pozo café and the Ruiz Linares antique shop; the artist Miguel Rodríguez-Acosta; Ángela Barrios, daughter of the musician Ángel Barrios; academics Emilio de Santiago, Cristina Viñes, Ignacio Henares, José Manuel Pita Andrade and Jesús Bermúdez; and Rafael Torres Márquez, son of the Alhambra’s architecture curator Leopoldo Torres Balbás (1888-1960).
Memoria Oral de la Alhambra consists of 54 interviews, each averaging about two hours long, offering a socio-historical and anthropological analysis of the monument. At the launch, Professor Gonzalez Alcantud explained that “the fieldwork method used consisted of semi-directed interviews, using oral history techniques. Each interview is recorded in digital format and on video and is accompanied by complementary photographic material, an interviewee sheet and an authorisation document”.
Some of the interviewees are sadly no longer with us, making their testimonies even more valuable, having been recorded as part of a history which they themselves constructed and which may be beneficial to future research.

The recordings, totalling 120 hours, now form part of the Alhambra Archive, where they can be consulted by researchers, once they have been catalogued and transcribed and the technical means for their consultation have been put in place.

The interviews contained in Memoria Oral de la Alhambra were recorded from 2010 to 2011, with the help of Sandra Rojo Flores, Serena Van Buskirk and Laura Malpica, from University of Granada research group HUM-584 “Observatorio de Prospectiva Cultural”.
At present, the project is in its final phase, consisting of the complete transcription of the interviews and the editing of a book containing the main findings of the study, presented alongside photographs by José Muñoz. It will be made available to the public in spring 2013.