Aguilar presents the exhibition about the Path past the Great Houses on the River Darro (Paseo de los Carmenes del Dar-ro), which is being staged within the framework of the resto-ration of this path. 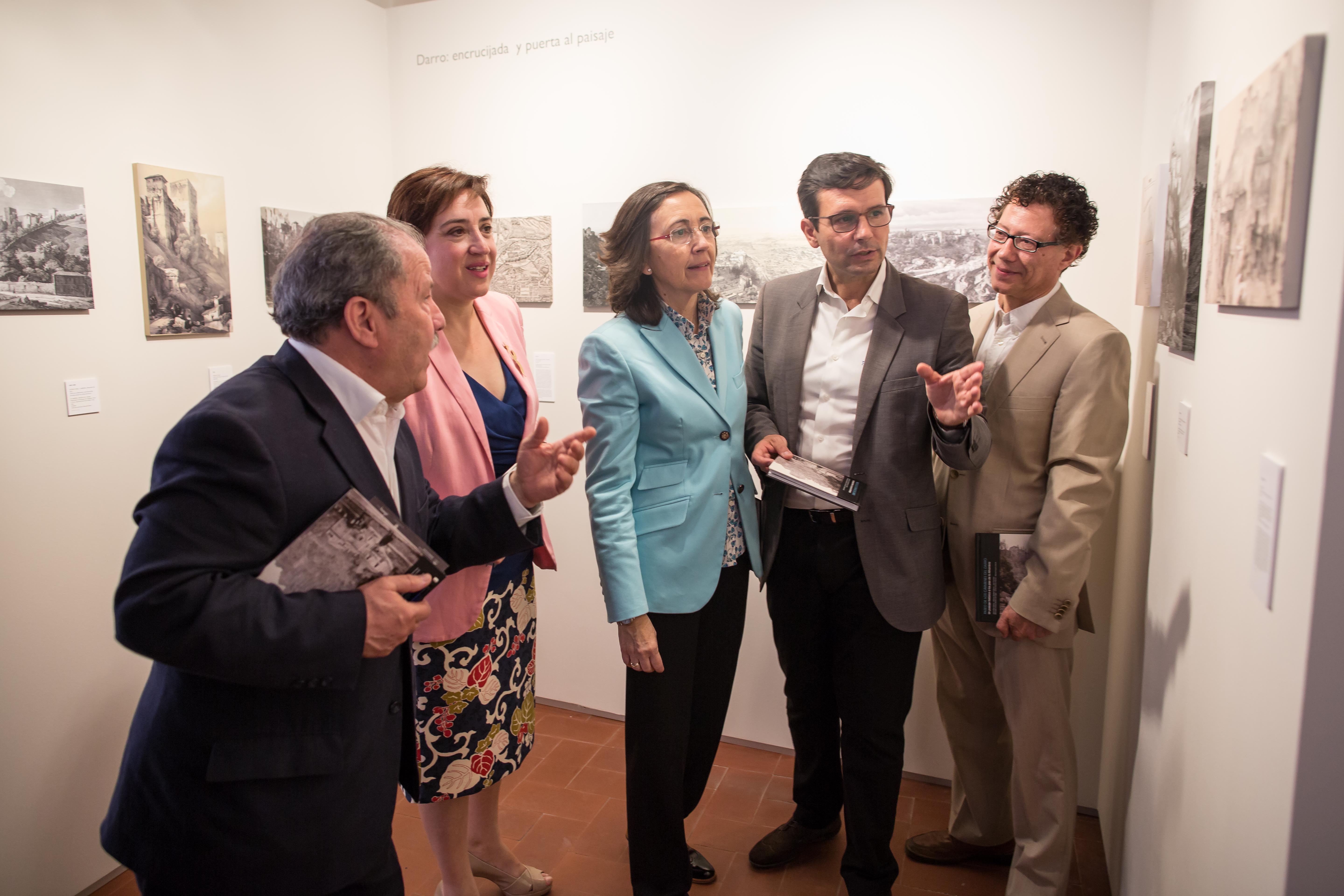 Today the Regional Minister of Culture and the Mayor of Granada announced the various dissemination and communication events planned prior to the project, which include a scientific seminar.

Today the Regional Minister of Culture, Rosa Aguilar, presented the exhibition entitled Path past the Great Houses on the River Darro (Paseo de los Cármenes del Darro). This exhibition is being held at the Morisco House on the Calle Horno de Oro and aims to promote this space and explain the transformations it has undergone between the 16th and 21st century in terms of both architecture and landscape. Together with the Mayor of Granada, Francisco Cuenca, Aguilar presented the other communication events organized by the Council of the Alhambra and Generalife in collaboration with Granada City Council, which are part of the project to restore the left bank of the River Darro, from the Rey Chico bridge to the Chirimías bridge.

In her speech, Aguilar assured that the exhibition will be the “starting point in the recovery of this space for public use, a priceless landscape in which nature, heritage and history rub shoulders, a place inhabited by culture”. The Minister also explained that the exhibition “is travelling back in time, rescuing the memory of this space and offering us a realistic vision of its present that will help us build its future”. She explained that the project is based on exhaustive documentary research by experts from different universities in Andalusia, who have recreated “the map of time on the Paseo de los Cármenes”.

The exhibition, which is open until 4 September, is curated by Antonio Tejedor and Mercedes Linares Gómez del Pulgar, Professors from the Higher Technical School of Architecture at the University of Seville and by Javier Piñar Samos, Professor at the Faculty of Economic and Business Sciences of the University of Granada. It has four sections – Darro: Gate and Path; the Inhabited Place; the Transient Nature of an Urban Scene and the Recent Past (1970-2015)- with almost 80 pieces, including historic and current day plans, paintings, engravings, lithographs and historical and contemporary photographs, loaned to the exhibition by public institutions and private collectors.

During the presentation of the different dissemination events being launched today Rosa Aguilar assured that “the Ministry of Culture, working through the Council of the Alhambra and with the help of the Granada City Council, is firmly committed to recovering this space for the enjoyment of local people and visitors, to return it to its essential state, to recapture its original meaning”.

To this end she said “we are convinced that the best way of building this future is through constant dialogue between the different institutions, the scientific community and the public in general, and in particular with the residents of the Albaicín” who are, she explained, “the leading actors” in this project. “We believe in the real and effective participation of local people so that together we can find the best solution for this path”, the Minister concluded, adding that all the conclusions gathered during these different activities, “will be put into an ideas bank, on which our project, which seeks to achieve the widest possible consensus, will be based”.

In addition to the exhibition, the programme of activities also includes the publication of a book in paper and digital format with images and texts from the exhibition, together with a video mapping projection on the facade of the Hotel Bosque de la Alhambra, better known as the Hotel Reúma, on 23rd and 28th May, 11th June and 16th July from 21:30-23:30. Historic images of the area will be projected onto the hotel.

In addition, the seminar Restaurar el paisaje: el Paseo de los Cármenes del Darro, (Restoring the landscape, the Path past the Great Houses of the River Darro) planned for today and tomorrow from 17:30 at the Palacio de los Córdova, will be proposing various different options aimed at restoring and recovering this space for everyone to enjoy. Entrance to the seminar, in which the public will also be able to take part, will be free until all seats have been taken. The seminar will finish tomorrow 24th May with a 60 minute round table debate in which people with links to this space, the city and the territory will be taking part together with Residents’ Associations and the College of Architects.