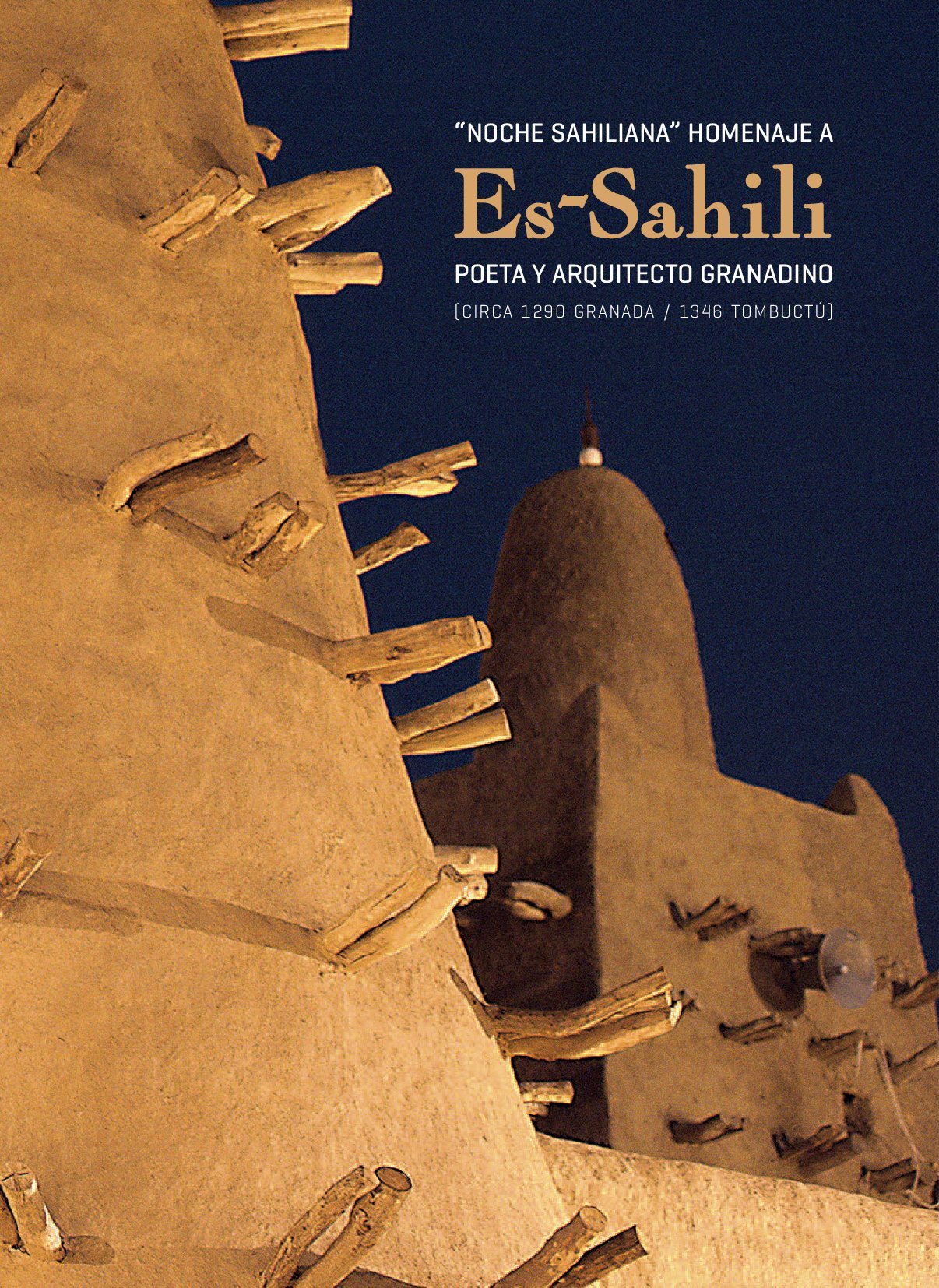 The Council of the Alhambra andGeneralifeand  theFondoKati from Timbuktu (Mali), in collaboration with the University of Granada and the Andalusian Musical Documents Centre are paying homage to the poet and architect from Granada Abu Ishaq Ibrahim al-Sahili, (1290 Granada-1346 Timbuktu), better known as Es-Sahili. This artist is considered one of the great poets of al-Andalusand perhaps the most important in mediaeval Granada. He remains however a complete unknown in his birthplace, Granada.

In order to rediscover the image and the work of this artist, a “Sahilian Night” will be held at the Alhambraon 15th October, at which those attending will receive a detailed insight intoEs-Sahilithrough talks, poems and music.
Experts such as the Italian architect, FerdinandoFagnola, the writer, Manuel Pimentel andthe professors, Fernando N. Velázquez Basanta and Rafael LópezGuzmánwill present the architectural and literary work of Es-Sahili, focusing particularly on the Mosque of Timbuktu in Mali.
His literary work will also be remembered at this event. Artists such as OukaLeele, Pedro Enriquez, Mª Ángeles Mora andSofíaDiadié (first descendant from Granada of Es-Sahili) among many others will be reciting the poems of Es-Sahili in the Courtyard of the Water-butts. The “Sahilian Night” will be brought to a close with Andalusian music played by the Suhail Ensemble.
This event precedes those organized by the Council of the Alhambra andGeneralifeas part of the programme for the “White Night” scheduled for 19 October.

Es-Sahiliwas born in Granada around 1290 into a family that also had links with the city ofMálaga. His father held various important posts in the administration of the Nasrid kingdom. Es-Sahili too held similar posts rising as high as Secretary to the Court of the Alhambra. With his poetry and his personal charm he conquered the hearts of the people of this city, but he was misunderstood and persecuted by the ulemas (legal experts) of Granada, obliging him to go into hiding and later into exile in North Africa.
During his travels through the Orient he met the King of Mali, Kanku Musa, whom he followed to the heart of Africa. There he became the architect of the first Mosque in Gao, the great Mosque of Yingareyberand the Madugu Royal Palace, both in Timbuktu. He also built numerous buildings along the River Niger with his own special style, known as “Sudanese”.

Es-Sahilidied in Timbuktu in 1346 and was buried in the Mosque of Yingareyber. He left a great mark which is visible even today via his influence on wonderful artists such asGaudí andMíquel Barceló,who were clearly inspired by him.
With the “Sahilian Night” the poet who was forced to flee from Granada now returns with his work to the place where he was born.