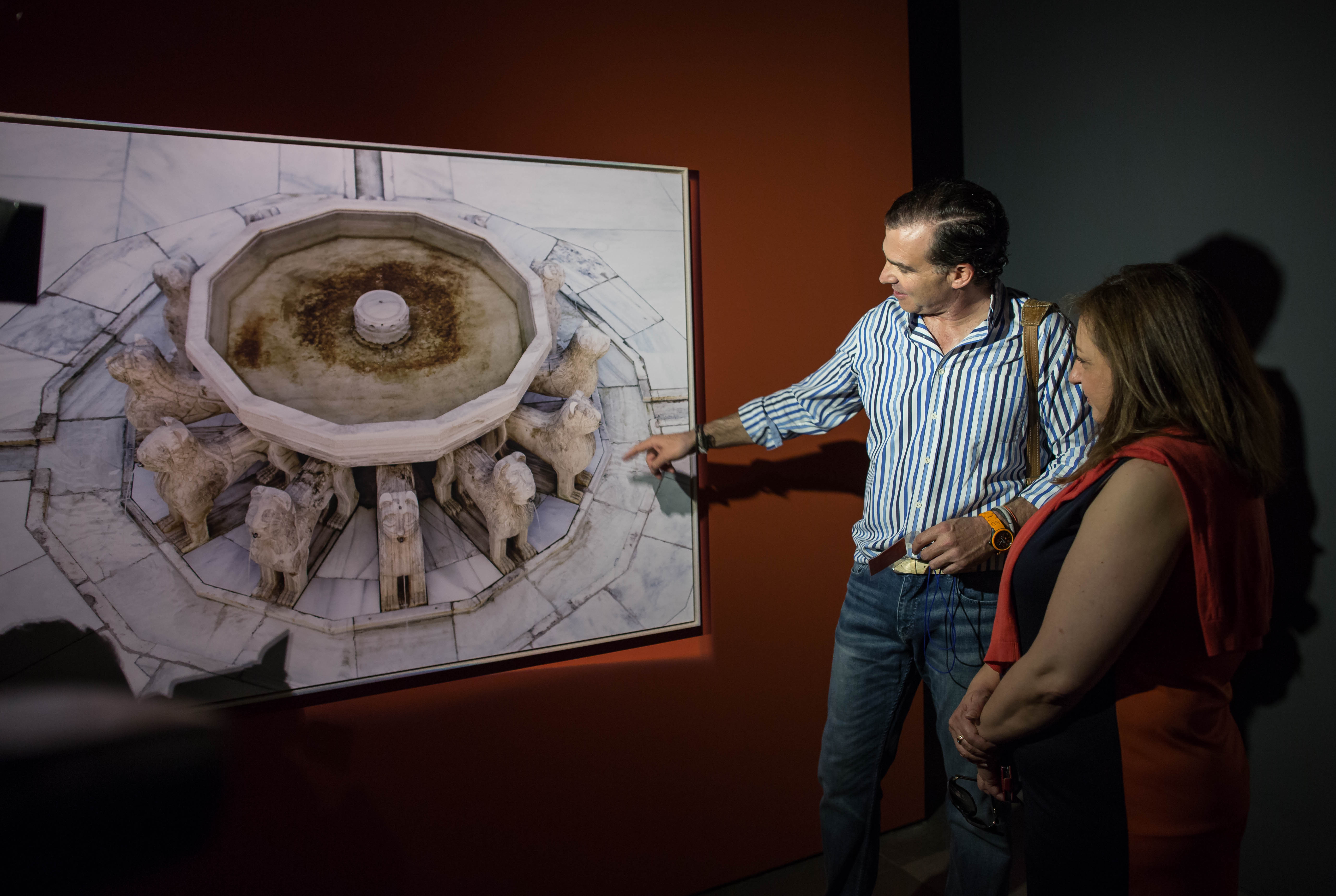 A private personal view of the Alhambra, an unseen Alhambra, is revealed through the lens of Fernando Manso (Madrid-1961), who has immortalized the Nasrid fortress using a plate camera, the same machine used in the 19th century by photographers such as Jean Laurent (1816-1886).

A private personal view of the Alhambra, an unseen Alhambra, is revealed through the lens of Fernando Manso (Madrid-1961), who has immortalized the Nasrid fortress using a plate camera, the same machine used in the 19th century by photographers such as Jean Laurent (1816-1886). The result is now on show in an exhibition entitled “A Hitherto Unseen View of the Alhambra” which from this morning can be visited at the Palace of Charles V in Room 10 of the Granada Fine Arts Museum until 20th September.

Organized by the Council of the Alhambra and Generalife and the Ministry of Education, Culture and Sport and the Promotion of Art, the exhibition is coming to Granada after being showcased at the National Archaeological Museum in Madrid. It is made up of 36 pictures, which together form a fascinating inventory of photographs of the Alhambra, its gardens, palaces and the area around the monument.

In the presentation of the exhibition, the Director of the Alhambra, María del Mar Villafranca, congratulated the artist Fernando Manso for his capacity to “build a bridge between early and modern photography of the monument. Fernando is a modern romantic who views his subjects from the same perspective as pioneers such as Jean Laurent, who tirelessly sought to consolidate photography as an art form”.

Over almost a year, the unusual figure of Fernando Manso, weighed down by his tripod and plate camera, became popular in the day-to-day life of the Alhambra. In a similarly tireless fashion he visited every corner of the monument in search of “the best shot, the most mysterious light, the unnoticed detail that only his plate camera could detect”, said Villafranca.

Thrilled to see his work in the artistic setting in which it was conceived and for this project having finally come to fruition, Fernando Manso remarked during the presentation of his exhibition that “each photograph expresses what I have seen, what I have experienced. I have tried to absorb every smell, every sensation. I spent a whole year arriving at the Alhambra between 6:30 and 7:00 a.m, so as to beat the crowds and observe the different spaces, taking just one or two shots in each place”.

Villafranca explained that the initial idea was for the exhibition to focus “on the gardens, vegetable patches and woods in the monument” but that it ended up “covering all of the Alhambra, including those spaces in which water and not always the vegetation helps create an atmosphere of calm suitable for meditation, a genuine riad in which one can rest one’s glance”.

Accompanied by his trusty analog camera, Manso rejects new technology. He sees photography “as an art. Digitalization has popularized photography to such an extent that anything goes. It’s a great shame”. He also admitted that before embarking on this project he knew nothing about the work of Jean Laurent: “I had a clean open mind. I was captivated by the landscape”.

A beautifully presented book entitled ‘Gardens on the Hill of the Alhambra, a carefully planned view’ has been published by the Council of the Alhambra and Generalife and TF, to accompany this exhibition. The book also includes photographs taken by Fernando Manso in other nearby monuments such as the White House of the Rodríguez-Acosta Foundation or the Carmen de los Mártires, and other Hispano-Muslim buildings in Granada that are managed by the Council of the Alhambra and Generalife, including the Bañuelo Arabic Bath (11th to 14th century).