Speech of the Month

The MARISTAN. Building and use as a hospital in the Nasrid Era 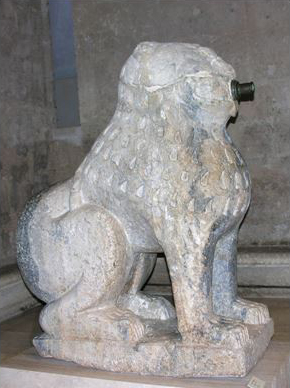 Mohamed said: “there are only two sciences, theology for the health of the soul and medicine for the health of the body”. “Seek out knowledge wherever it may be because he who leaves home in search of knowledge is walking in the path of God”. This launched Muslims on a journey in search of the medicine of the Greeks, Romans and Byzantines in all their texts, knowledge and answers.
As a result the great classical medical treatises were translated into Arabic and studied. It was around this time, that the first Islamic Hospitals, or Maristán, appeared. The name comes from the Persian word bimaristan, meaning house or place of the sick. According to the 12th century Valencian traveller Ibn Yubair, the bimaristanes were one of Islam’s most glorious chapters, and although they are part of our past, we can still learn things from them today. The Arabist, Carles G. Bárcena, for example highlights their non-aggressive therapeutic systems; the humane way in which the sick were treated; the fact that mental illness was accepted as something normal; as well as the beauty of the buildings themselves, all values worth highlighting today.
In the Muslim world in the 9th, 10th and 11th centuries we discover essential values such as beauty, harmony, serenity, proportion and balance. These values are curative because they act on the state of mind of the patients and help them to regain their health and wellbeing. “A balanced diet, a harmonious, well-rhyming melody, the murmur of water in the fountains, the melodious words of the poets and storytellers, and the gift of words of the doctors themselves, attentive to and respectful of their patients, transmitted a sensation of peace and calm” (C.G.Bárcena).
The Maristan of Granada, founded by Mohamed V, 1365-1367, is a worthy heir to all this thought and action.  Situated in the Low Albaicín, it absorbed the air that came down from the mountains, gliding through gardens and fruit orchards. This air circulated between the pillars, swirled around the courtyard, and then slipped into the interlinked rooms, climbing up to the beams and the ceilings, impregnating everything with its fragrance and life. Meanwhile the water from the pond flooded the souls of the inhabitants of such a magnificent building with a gentle, hushed sound.
A recent proposal seeks to recover this area for the city as an archaeological park. We hope this time the plans come to fruition and we can enjoy this unique space at the foot of the Palace City.  On the foundation stone it says:
“With this work the Sultan added glorious embroidery to the excellent cape of holy war and searched for the face of God.”