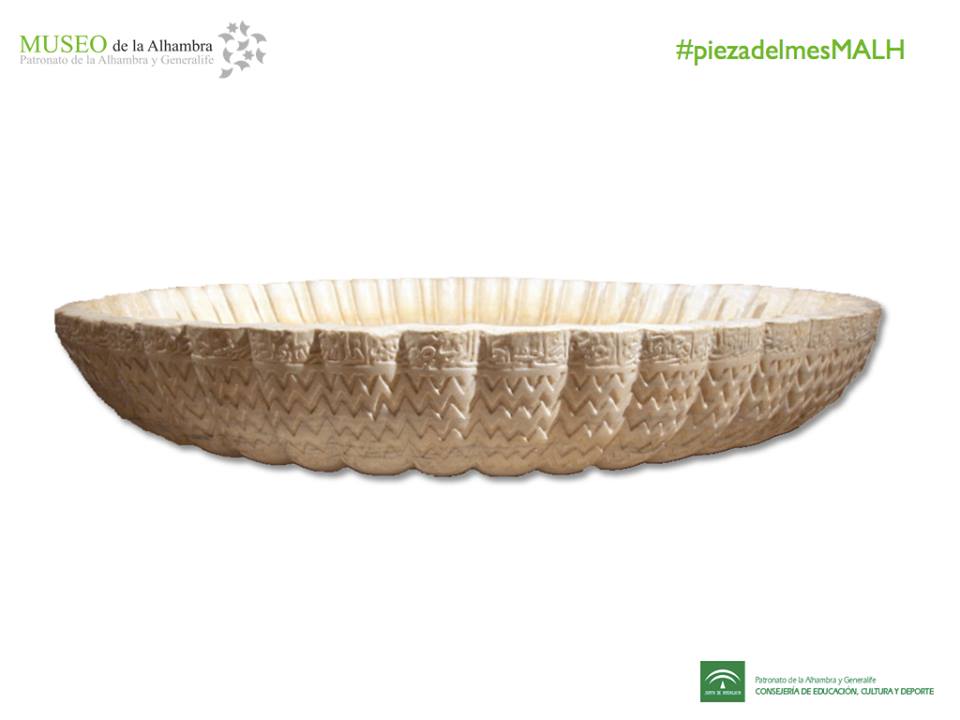 Was in the Lindaraja garden, where it was installed in 1626,,,

Although the best-known fountain in the Alhambra is the one in the Court of the Lions, another wonderful fountain is also worthy of note for its beauty and its interesting inscriptions: the Lindaraja Fountain.

As its name suggests, this fountain was in the Lindaraja garden, where it was installed in 1626, making use of an earlier segment-design basin. It later became part of the collection of the Museum of the Alhambra.

The most unusual feature of this Fountain is the inscription carved around its upper rim. This is a twenty-verse poem thought to have been written by lbn Zamrak (1333-1394), one of the Alhambra’s finest poets. Unlike the poem on the Fountain of the Lions, whose beginning is known, scholars cannot agree about the first verse of this poem. They do agree however that the verses are very interesting. As these verses are self-descriptive, they act as a voice for the architectural feature on which they are inscribed. This inscription contains all kinds of information, such as for example that this was a matchless fountain, shaped like a shell and with a constant flow of water. In fact today five and a half of the fountain’s petals have been worn away by the water’s gentle rubbing, due probably to the fact that the fountain was not installed on a flat level surface causing the water to brim over.

The guided visit will offer those interested a deeper insight into the history, function and importance of the fountain and explain the poetic inscription.

INDICACIONES
Was in the Lindaraja garden, where it was installed in 1626,,,