Area of the Month 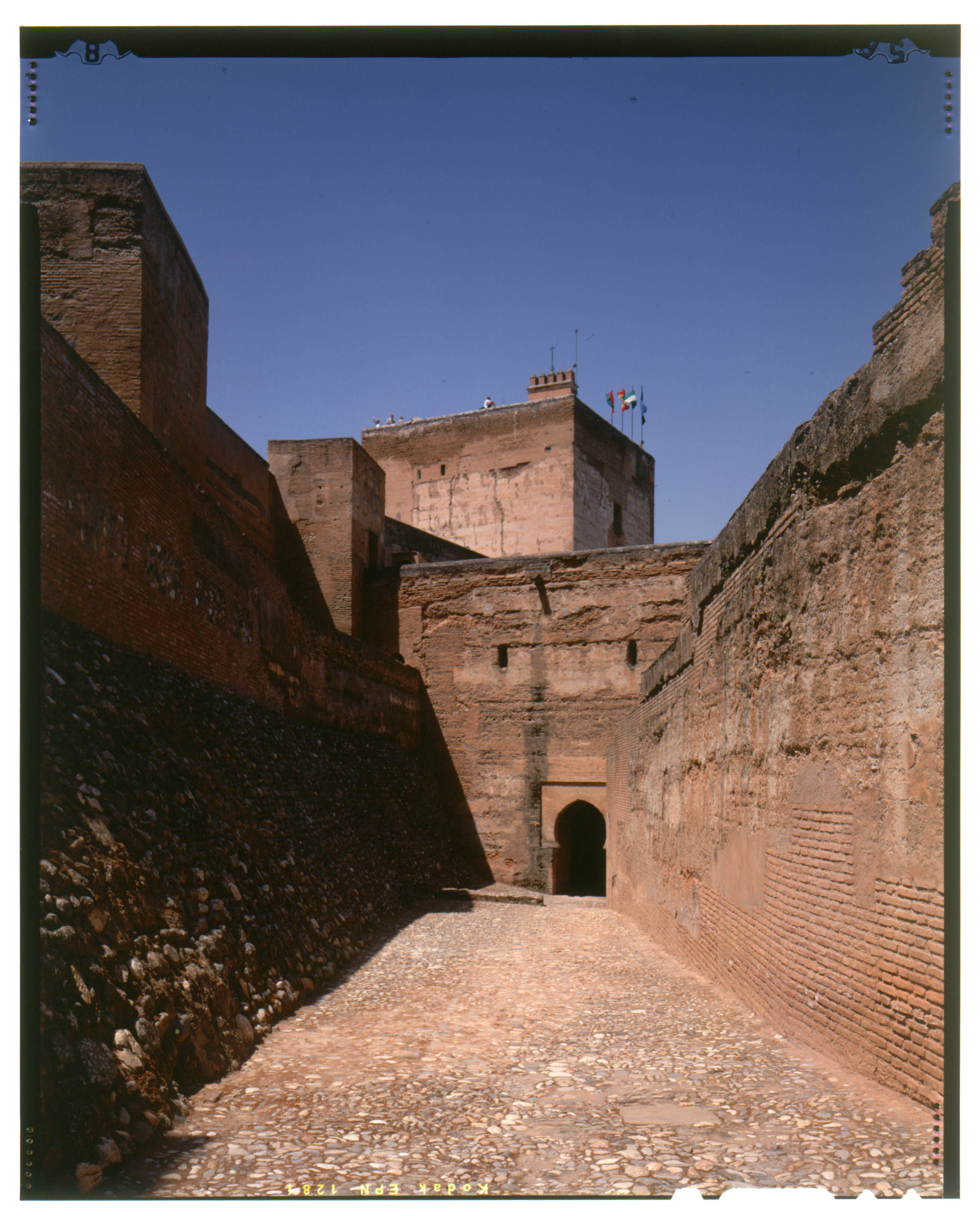 The objective of this program is to open spaces that are normally closed.
Origin of the name: The Alcazaba’s sentry walk
Period: Although there is no news about the al Qal’a al-Hamra (the red castle) since the IX century, the present Alcazaba was built during the reign of Muhammad I, founder of the nasrid dynasty in the XIII century.
Outstanding features: Along the sentry walk an outstanding feature is the Puerta de las Armas (Gate of the Arms), which dates back to the XIII century.
The sentry walk covers the whole perimeter of the Alhambra along its walls. Apart from having a strategic function, the sentry walk was also part of the urban structure of the Alhambra. On one hand, the sentry walk can assume the function of a moat, where the open accesses would be closed in case of attack.  On the other hand, it is a complete circuit of the citadel’s perimeter, which provides it with a defensive function and it communicates different areas of the complex.
Along the sentry walk, one of the most outstanding features is the Puerta de las Armas (Gate of the Arms), known by this name already in the late XV century. It was the main entrance which gave access from the town to the citadel.
The façade of this gate is facing the town; it has a framed pointed horseshoe archway, The framing of the gate preserves, still today, some of the original tiling (azulejos). But one of the most interesting features of the gate is that it has a bending hallway to enter, which has a defensive purpose. On the other hand it has an intimate meaning to it, since nobody can see in through the gate from the outside. This kind of bending entrance is quite common in the Alhambra, but in this case it is a double bending which is only found here and in the Gate of Justice, both of them with a great monumental character, combining symbolic and defensive features. Moreover, both gates give access to the same area: the public square, also known as Plaza de los Aljibes ( The Cisterns’ Square).
TIMETABLE: From 8:30 to 20:00. Tuesday, Wednesday,      Thursday and Sunday.
ACCESS: With ticket “Alhambra general” and “Alhambra  Gardens, Generalife and  Alcazaba”
CAPACITY: Maximum 30 people at one time.

INDICACIONES
The objective of this program is to open spaces that are normally closed.