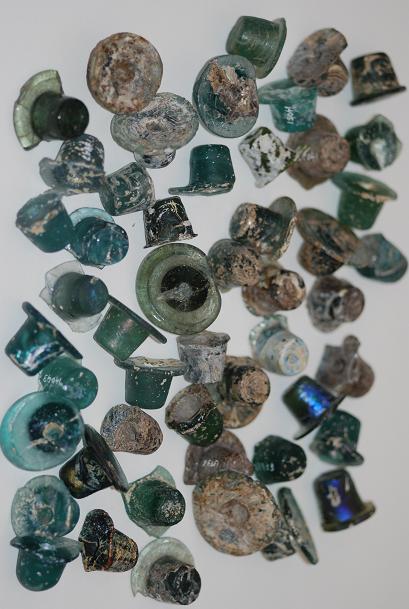 The frequency with which they show up can explained by their use in the silk-making process...

April’s piece of the month at the Museum of the Alhambra is a series of parts used in the Nasrid silk-making process. Every Saturday in April, from noon onwards, artist Isabel Cambil will analyse the piece in Room VII of the museum, as part of a free programme offered by Patronato de la Alhambra y Generalife (PAG).

The objects, made in glass, have been dated back to the Middle Ages. They have turned up frequently over the years, and were eventually added to the museum collection.

The frequency with which they show up can explained by their use in the silk-making process, an activity which reached new heights under the Nasrid monarchs and which continued in Granada up to the 19th century.

The parts were used in the industrial silk-making process, and belonged to the wheel on which the silk threads were twisted. They have no great aesthetic value, being mass produced using a moulding process to answer to industrial demand.

The differences between them can be explained by the prime materials used and the manufacture process itself. The reason for their use may be due to the hardness of the glass and their contribution to lowering production costs.

The activity will also explain the process by which silk threads were obtained, and the function of the parts in the spinning wheel.

When: Saturdays (April), noon
Where: Room VII, Museum of the Alhambra, Palace of Carlos V

INDICACIONES
The frequency with which they show up can explained by their use in the silk-making process...