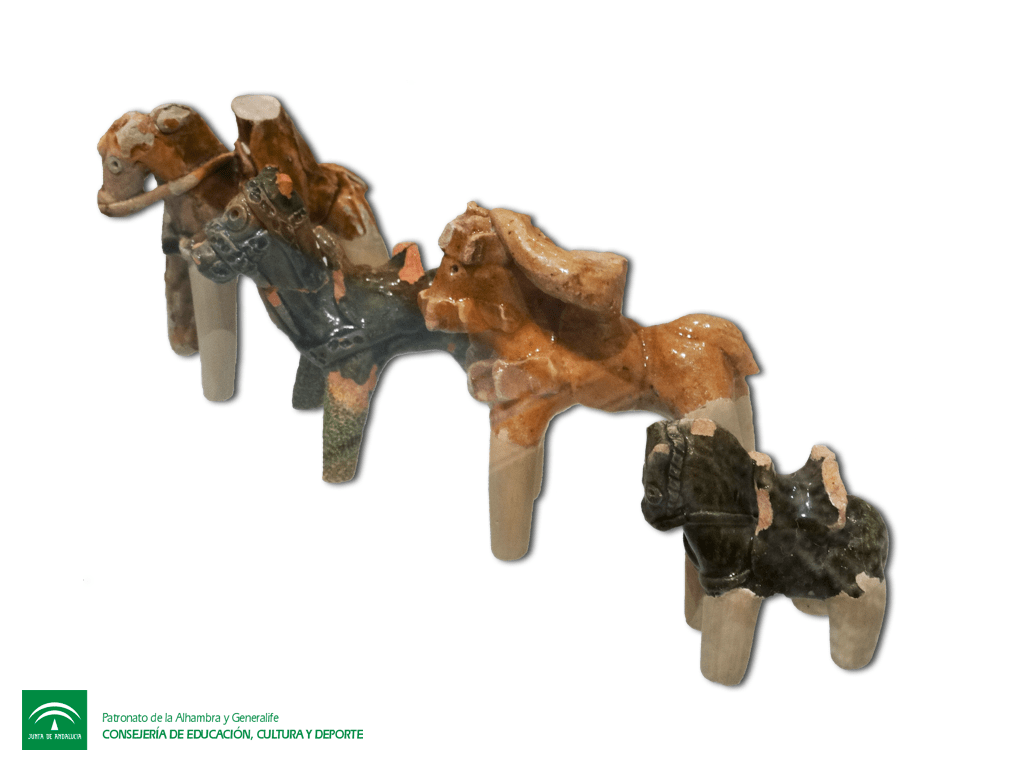 Room VII, Museum of the Alhambra, Palace of Charles V. Saturdays at 12:00 h
Alejandro Guillén Santoro
Toys have been a documented part of all cultures throughout history, often in the form of animals, whistles and miniature replicas of household objects that helped entertain and educate children, who would often play games in which they imitated grown-ups.
In the Museum of the Alhambra, there is an interesting collection of ceramic toys of different types that can be divided into two main groups, namely figures and whistles and miniature kitchenware.
Many of these pieces are associated with new year (nayr?z) celebrations, a tradition of Persian origin in which children received presents.
As regards the first group (figures and whistles), there is a strikingly wide range with figures of horses, whistles with or without attached figures, and animals such as snakes and aquatic creatures and female human figures.
The group of replicas of household objects covers all types: those used for cooking, storage, preparing food (cheese moulds), beakers for the table and other household objects such as oil lamps and baskets. These offer an accurate reproduction in terms of technique and shape of what each item would have looked like on a larger scale.
Time: Saturdays at 12:00 h
Place: Room VII, Museum of the Alhambra, Palace of Charles V