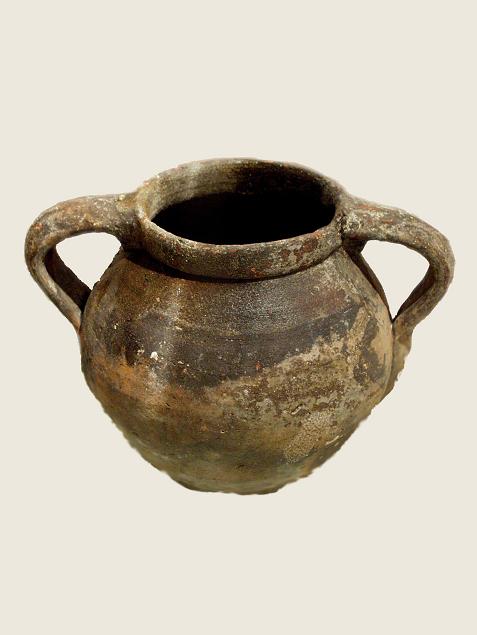 February’s Museum Piece of the Month is a Nasrid cooking pot. Every Saturday in February, from noon onwards, art historian Dolores Gómez García will analyse the piece in Room VII of the Alhambra Museum, as part of a free programme offered by Patronato de la Alhambra y Generalife (PAG).

The sessions will reveal the origin, use and ownership of Nasrid kitchen utensils, through an analysis of a cooking pot held among the museum’s many treasures.

The small cooking pot is a good example of the utensils used in Nasrid kitchens to make up the dishes that formed an extensive and delicious cuisine, many of whose dishes are still made and enjoyed today.

The pot itself has a convex base and a rounded belly. A short neck is clearly differentiated from the body of the pot, and a straight border ends in a rounded lip.

It has two handles, one at each side, emerging from the neck and resting on the middle of the body. The pot is made of earthenware, and the inside, upper part, neck and handles have been glazed. It is earthen in colour and undecorated.

The same type of pots are still in use today, as the legacy of a ceramic tradition characterised by its practicality.

When: Saturdays (February), noon
Where: Room VII, Museum of the Alhambra, Palace of Carlos V