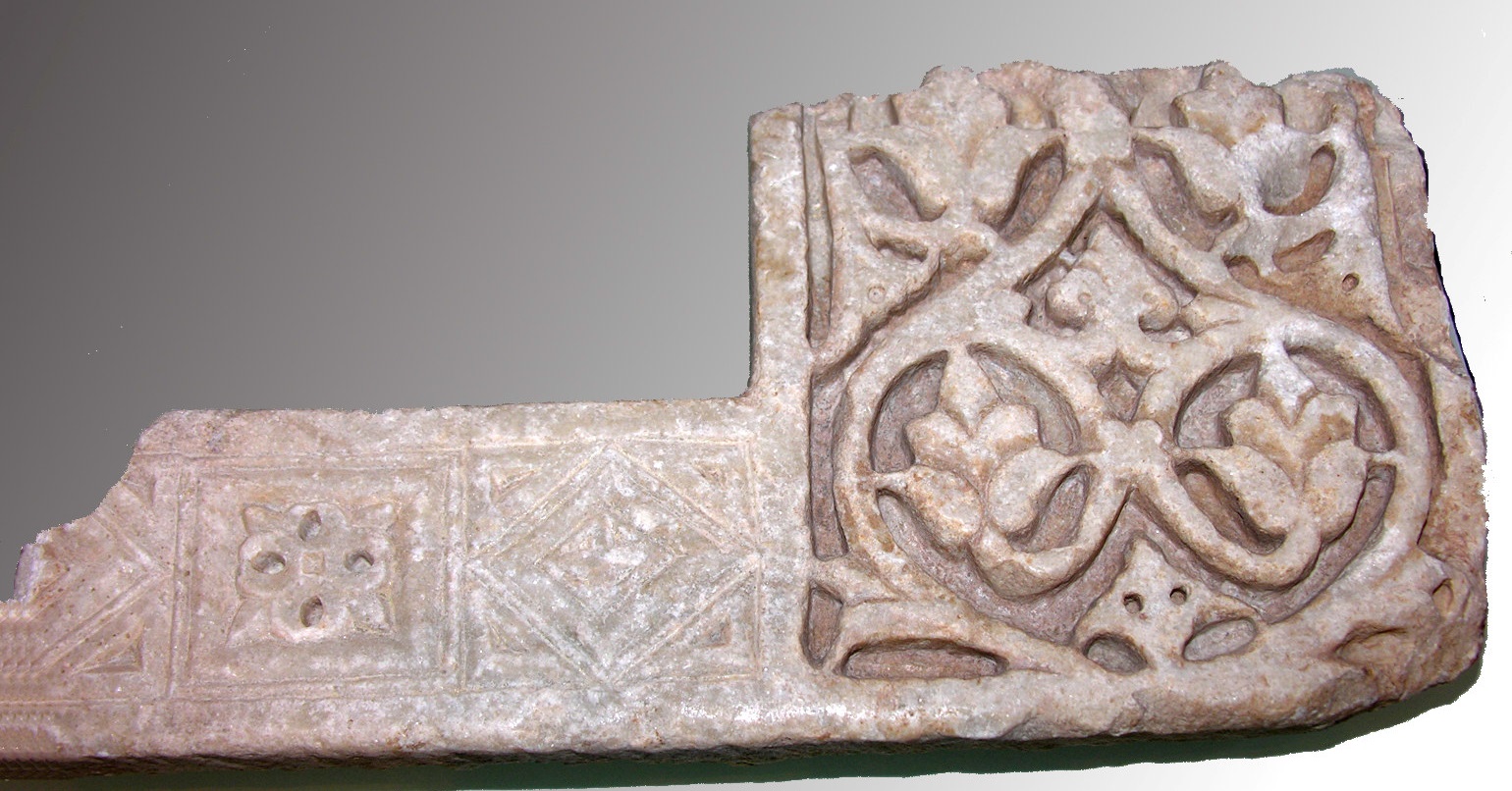 Every month a different piece selected from the permanent collection of the museum of the Alhambra is shown.
This piece was found in Madinat al-Zahr?´ in Córdoba. Given that this palace city was later used as a quarry for many years, we are fortunate that remains still survive today of what was one of the most exceptional constructions of the Caliphate period, especially given that Madinat al- Zahr?´was not declared a Resource of Cultural Interest until 1923.
The first Caliph of al-Andalus, ‘Abd al-Ra¬m?n III (891-961), ordered the construction of an amazing palace city some distance outside the city of Cordoba. This new city called Madinat al-Zahr?´ had both political and ideological intentions and was a symbol of the great dignity of the Caliph. This meant that it was to be unrivalled in beauty and that the materials used to build it up and its spectacular forms would be those warranted by a man of such worth.  Over the course of time, pieces from the city have been shared out between different institutions for their study and protection, and that is how the different items from the city, above all architectural objects, have reached the Museum of the Alhambra. Today we will be looking at one of these pieces.
This piece is a fragment from the corner of a frieze in carved marble, with two distinct parts: a vertical strip and a horizontal strip that meet at a corner. Each part is decorated with a different motif. The vertical strip is framed within a straight, flat band with plant motifs. Palm branches with five tips, palms and shoot off from the main stem, which forks at the bottom and comes together again further up. The horizontal strip has geometric features made with shallow grooves, which mark out rectangular spaces with alternating rhomboids and four petal flowers under which four leaf-tips appear. The piece is not very big and is not painted. We do not know exactly where in the palace it was located but it would appear to be part of the decorative lining of a window opening or an alcove.
Time: Every Saturday this month from 12 h
Place: Room III, Museum of the Alhambra, Palace of Charles V

INDICACIONES
Every month a different piece selected from the permanent collection of the museum of the Alhambra is shown.