Nasrid fabrics and their use in clothes 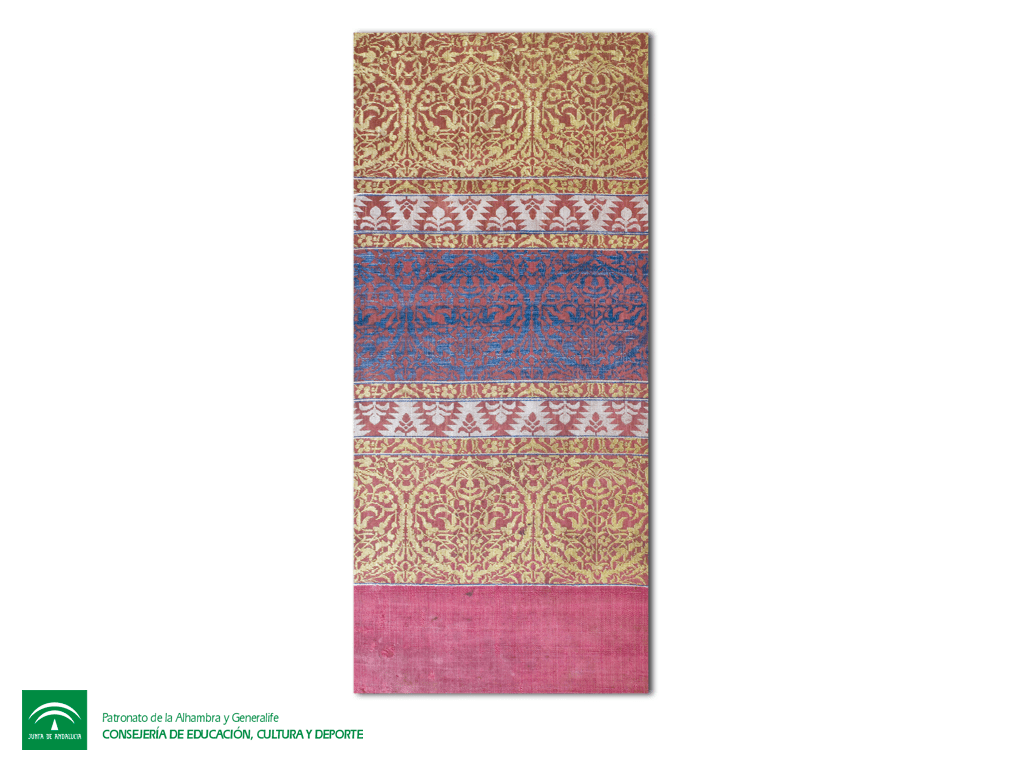 Ms Carmen Mateos
Fabrics, cloths and embroideries are everyday items with close links to the people that use them and to their relations with others. Throughout history, fabrics and cloth have been and remain an essential item in dress-making, but have also been used to cover floors, walls and ceilings, to close off doors and windows, to cover new-born children and to shroud the dead.
Fabrics acquired a value that went far beyond their basic function. Clothes were used to define social status, to mark the social class to which the wearer belonged. There were differences in terms of colour or the lack of it, and in the use of decoration (embroideries, precious stones and applications).
We know about the use and development of dress through various figurative representations in different parts of the Alhambra, such as the paintings from the Hall of Kings or those in the little house at the Partal Palace. Chroniclers of the period such as al-Jatib and others also provide insights into the way men, women and children dressed.
The silk cloth industry played a very important role in the economy of the Kingdom of Granada with the export of silk thread and luxury fabrics.
The raw materials could be found in different places in the Kingdom of Granada and in cities such as Malaga, Almeria and Granada. According to Muslim and Christian documents from the time, Almeria was an important textiles centre.
The main materials used in fabrics were flax, cotton, wool, gold and silk, and if we want to find out more about this industry, we must also explore the dyes they used and the various techniques such as weaving.
Time: 2nd and 3rd Sundays, 8th and 15th FEBRUARY at 12 a.m.
Place: Museum of the Alhambra, Palace of Charles V